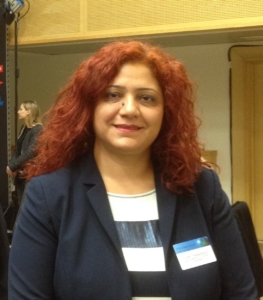 Anthi Charalambous works for the Cyprus Employers & Industrialists Federation (OEB), which is the partner organisation of the EUKI Project Enterprise-Level GHG Reduction Initiative, Business4Climate+ in Cyprus, which has ended in April 2019. This interview gives an overview of the project achievements and interesting insights into a newly planned project the organisation is planning within the EUKI.

Few months ago, you finished your first EUKI project. The plan was to involve enterprises from diverse sectors in climate action, by informing and engaging them on possible options to reduce their GHG emissions. Was it an obstacle to find companies to participate in the project? How did you convince them to get involved?

As our organisation already has a huge network of enterprises, it was not difficult to convince them to participate in the project. At our first launching event, we informed only a smaller group of enterprises about the initiative and afterwards the word spread quite quickly. You have to picture it like a domino effect – this is how business works in Cyprus. When you inform a small group, this group will carry the information on until all relevant actors are aware of it.

Further good news is that our initiative is becoming a national initiative in Cyprus. It will be included in the national strategy.

Afterwards, we had additional workshops, which made it simple for the businesses to understand, what the initiative is exactly about and what they have to do. We aimed to achieve the best possible results for the time given, as our project had only a duration of six months. In this time, we managed to receive 62 signatories for the initiative. Further good news is that our initiative is becoming a national initiative in Cyprus. It will be included in the national strategy. 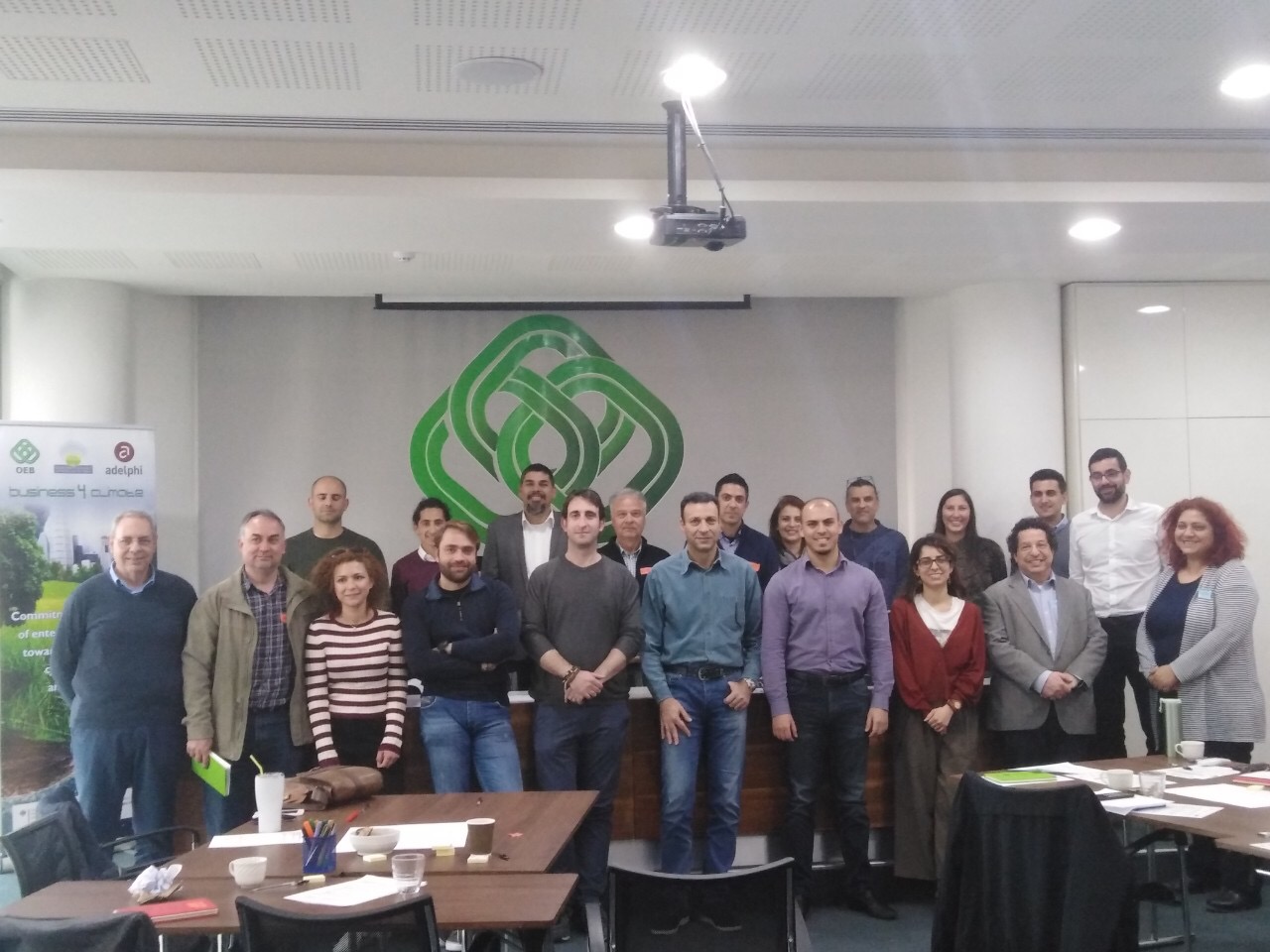 That is great news. Do you think that the incorporation of your initiative into the national strategy is the most significant improvement brought by the project?

Yes, in my opinion this is the biggest goal we achieved. In addition, I would also say that especially the workshop we organised for the banking sector has been a success. Around 25 people participated, representing the largest banks in Cyprus. I believe that we showed in an understandable way, how financial instruments can be implemented for a better climate aligned financing scheme. Further, we informed the participants about a call, starting this September, by the European Investment Bank, to undertake action for energy efficiency and renewable energy. The timing of this workshop could not have been better.

Besides this workshop for the banking sector, we organised three workshops for SMEs and one for governmental officials. The participants for the banking and SME workshops were composed of the signatories of our initiative.

The project was short, intense, efficient and in my opinion very effective.

What was the most memorable experience you have made during the project?

It is hard to pick only one. The project was short, intense, efficient and in my opinion very effective. Personally, I liked to see how the different stakeholders got involved and increased their interest on the subject during the course of our workshops. Furthermore, how quickly the news about our project spread between relevant stakeholders in Cyprus. It became so public that nowadays every relevant actor knows about our project.

The initiative is to be implemented into the national strategy. Do you think that the project results made a lasting contribution to save GHG emissions in Cyprus?

Yes, definitely. Just today, I had a meeting with a representative from the environmental ministry who told me that a kind of support scheme is in the making to support enterprises that decide to join the Business4Climate Initiative. I think that this a good example on how the incorporation of the initiative into the national strategy in Cyprus will assure a long-lasting contribution to save GHG emissions.

I imagine that by being part of the EUKI network, the project and its results are disseminated to other relevant actors in other EU Member States.

Do you think that the project activities and results are transferable to other EU countries?

I hope that other EU countries are aware of this initiative and will see the positive results. I am convinced that this project has been a masterpiece, a pioneer project for others to follow. I imagine that by being part of the EUKI network, the project and its results are disseminated to other relevant actors in other EU Member States. 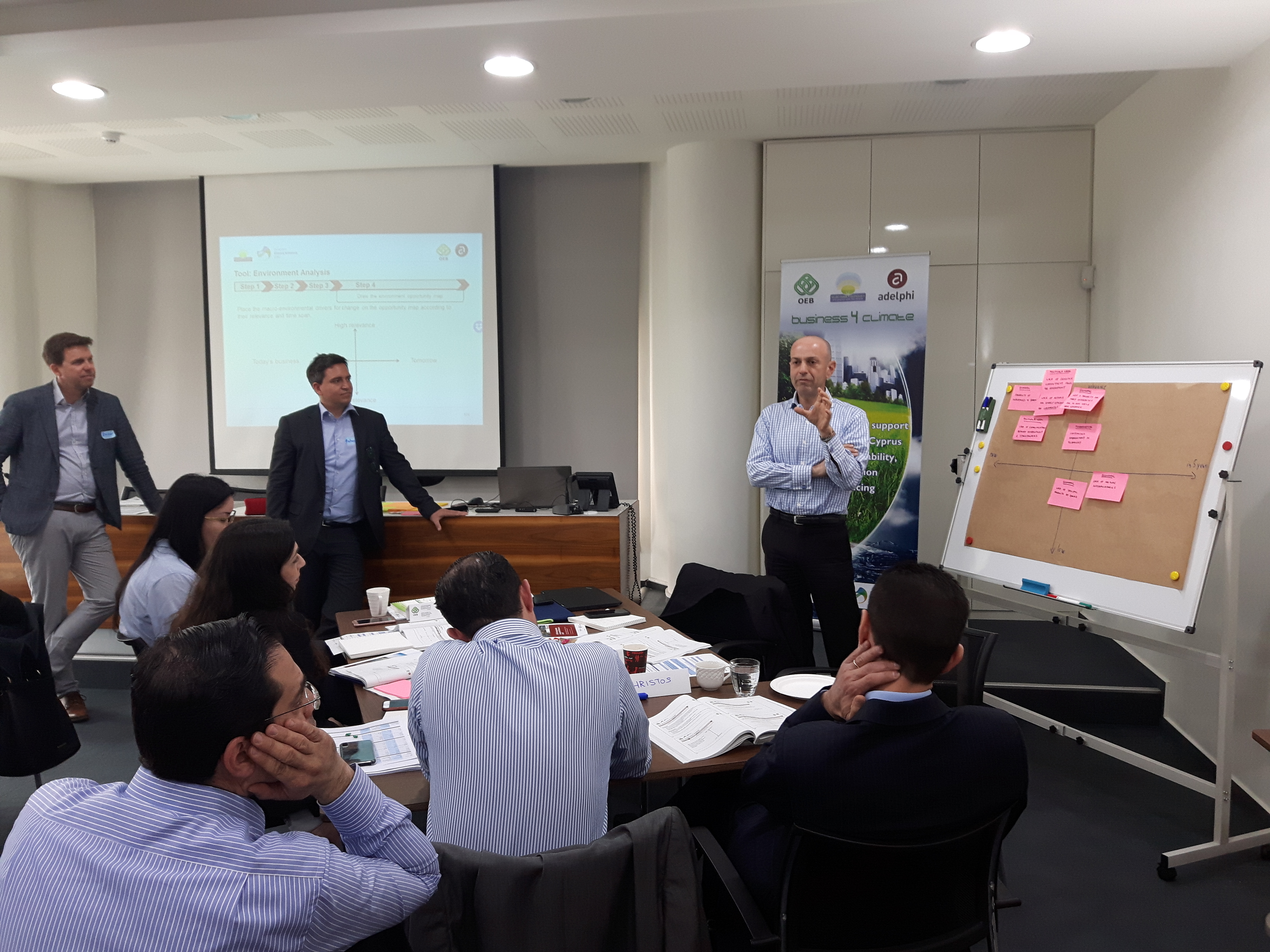 You will presumably start soon with a new EUKI project. Can you give us a brief preview what this project will be about and is it connected to your previous EUKI project?

Our new EUKI project will start in October. So the overall goal of the new project is again to inform and engage actors to save GHG emissions. Some components of the previous project can be applied to the new project as well, such as an informative tool we developed on how to save GHG emissions. However, in the previous project, the target group was quite broad as it reached out to all types of enterprises.

The new project will focus only on one sector, which is very specific, highly energy consuming and producing high emissions – which is the hotel sector. We heard from many people that this should be a top priority sector for our initiative in Cyprus.

Thank you for the interview!