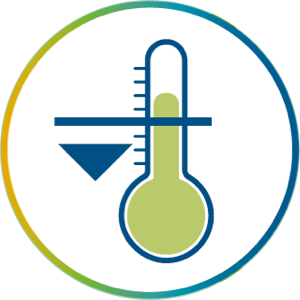 In late 2019, the European Union set itself the ambitious long-term target of becoming climate-neutral by 2050. One year later, the interim target for 2030 has also been raised to at least 55 percent greenhouse gas reduction. Thereby the EU renewed its commitment to the Paris Agreement on climate change, in which the community of states decided on to limit global warming to well below 2 degrees Celsius – if possible to 1.5 degrees. The target definition was followed by the debate on introducing instruments to implement the new targets. Everyone will have to get involved, from national level down to regions, municipalities and civil society, to achieve a successful cross-border and cross-sectoral transformation.
And this is where EUKI projects come in: they bring together those in politics, academia and civil society. Some projects are setting up networks for direct exchange, while others are disseminating information on successful EU Member State measures on climate policy. What all the EUKI projects have in common is that civil society stakeholders in member countries are committed to driving the climate change agenda while also promoting cohesion and dialogue within the EU. Find more projects on climate policy in our overview. 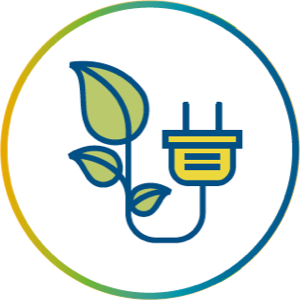 The EU needs to reduce its energy consumption drastically and rapidly increase the use of renewables if it is to become climate-neutral by 2050. Alongside renewables and energy efficiency, the focus in its efforts to adapt to future challenges is increasingly being placed on interconnectedness between sectors and on flexibilisation.
EUKI projects operate at all three levels. EUKI supports projects on dialogue formats and formulation of strategies for switching away from coal and for structural change, promotes energy efficiency measures in a number of sectors, and advises consumers on investing in renewable energy systems. Many EUKI projects network energy sector stakeholders, communicate the benefits of the energy transition, and use case studies to demonstrate the importance of renewables and energy efficiency to the environment, the climate and health. Find more projects on energy in our overview.

Buildings are responsible for 40 per cent of the EU’s energy consumption and 36 per cent of its greenhouse gas emissions. The sector therefore represents significant potential for cutting emissions and making a major contribution to the 2030 Climate Target Plan. The European Green Deal and the EU recovery plan also aim to increase both the pace and the quality of energy renovation measures, helping to decarbonise existing buildings. Municipalities and urban areas are central to implementing climate measures. They are increasingly viewed as hubs for innovation where new ideas and technologies to stem climate change can be put into practice. EUKI brings municipalities, towns and cities together to work together on future solutions in areas including energy management, roof greening and solar energy systems. Find more projects on buildings and municipalities in our overview.

The transport sector is responsible for almost a quarter of the EU’s total greenhouse gas emissions, with road transport accounting for around three quarters of this total. There is a particular need for action in the transport sector, where CO2 emissions have risen since 1990 but fallen in all other EU sectors. Climate change mitigation measures would reduce air pollutants and noise pollution, bringing particular benefits for the population.
The EU intends to be climate-neutral by 2050, so change is urgently needed in the European transport sector. EUKI is therefore supporting stakeholders who are campaigning for sustainable mobility, including civil society organisations seeking a fair transition in the transport sector, research organisations focusing on electrification of road transport, and towns, cities and municipalities involved in EUKI mobility projects to promote cycling. Find more projects on mobility in our overview. 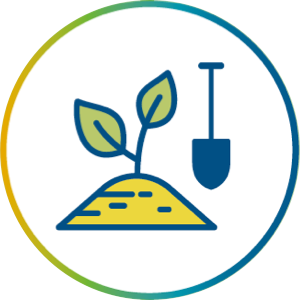 Agriculture accounts for 10 per cent of all EU greenhouse gas emissions. The sector is a major contributor to climate change as well as being directly impacted by it. Agriculture underpins the role of soil and forests as important carbon reservoirs: when organic soil is drained, enormous quantities of greenhouse gases are released. The EU’s new ‘farm to fork’ strategy as part of the European Green Deal aims to make food production systems fair, healthy and environmentally friendly. The reform of the Common Agricultural Policy (CAP) is also crucial to shaping the EU’s climate targets.
EUKI projects from the topic agriculture, soils and forests bring together major interest groups in this sector to facilitate knowledge exchange and support the implementation of promising approaches to halting climate change. Find more projects on agriculture, soils and forestry in our overview. 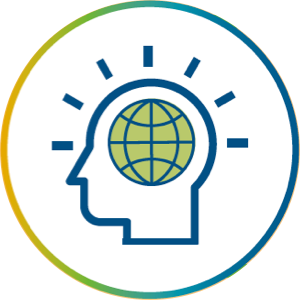 EUKI projects aim to make information about climate change available to a broader public. They encourage people of all ages, but particularly children and young people, to play an active part in mitigating climate change and becoming multipliers within their own setting.
EUKI projects work with schoolchildren on reducing greenhouse gas emissions in their immediate environment and support educational institutions and teachers in integrating these aspects of climate change into school curricula. Other approaches focus on developing the skills of young adults with a view to widening their employment opportunities in the area of renewables. Projects also enable European journalists to exchange views and experience and report with and from other EU Member States. Find more projects on awareness in our overview. 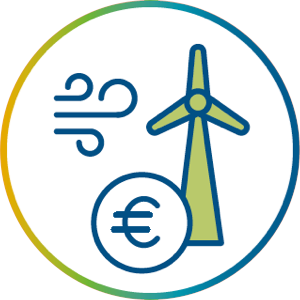 The EU’s Sustainable Europe Investment Plan has created new political momentum to make private sector and finance sector investment more sustainable and more focused on achieving the EU’s energy and climate targets by 2030.
Public investment alone will not enable the EU’s energy and climate targets to be achieved by 2030, so it has been clear for some time that financial instruments with significant capacity to leverage private sector finance will be increasingly important. The need and demand for sustainable investment have risen over time, so the Plan targets a closer link between political goals and private finance. The objective is to equip both financial institutions and private investors with appropriate instruments to identify sustainable investment opportunities.
EUKI projects come in here by carrying out basic research and needs analyses and formulating plans for potential investment in the required technologies and solutions. They advise political decision-makers on better reflecting the climate targets in the financial framework, raise awareness among financial advisors of their clients’ sustainability objectives, and make information about investment with a relevance to sustainability more readily available to the public. Find more projects on climate-alignes finance in our overview. 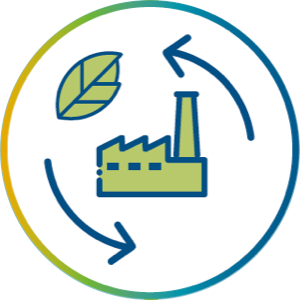 A sustainable economy can also help mitigate climate change. This means the manufacturing sector must introduce more efficient production processes, switch to cleaner forms of energy and make more economical and environmentally friendly use of natural resources. Climate change mitigation pays off for companies: they cut costs, including through efficient energy management, and boost their competitiveness while also enhancing their image among customers.
EUKI projects raise awareness of the opportunities offered by a sustainable economy to businesses of all types, from automotive component suppliers to hotels and even hospitals. Developing and disseminating useful tools and skills development for staff mean that partners benefit from projects in the long term. Partners also function as multipliers by implementing good practice and encouraging others to follow their example. Find more projects on sustainable economy in our overview.