Interview: Keeping up the Climate Dialogue from the Home Office

The EUKI project South East Europe Energy Transition Dialogue develops transition strategies and sustainable solutions for power sector transformation in Bulgaria, Greece, Croatia and Romania. It works towards developing science-based, politically feasible solutions to decarbonisation in the context of the coal phase-out. In her work, Dr. Radostina Primova (Center for the Study of Democracy, Bulgaria) aims to engage trade unions, energy industry stakeholders, academics and civil society organisations as well as relevant regional, national, and EU decision makers in this process. The spread of Covid19 has changed the work of the project and has underscored its importance for the region’s short-term emergence from the global pandemic and long-term resilience.

Radostina, how do you adapt your project work to the current situation? 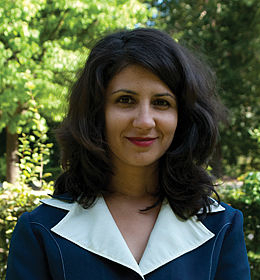 Dr. Radostina Primova is a Senior Analyst at the Center for the Study of Democracy in Sofia; photo: CSD

Radostina: We try to adapt and restructure our work so that we can keep up the dialogue. But we changed some of the channels and the formats. For example, we had to deliver a policy brief with an updated analysis of the latest NECP that has been finalized and uploaded on our website. We initially planned to have a workshop with climate and energy policy stakeholders, including national policy makers who are involved in drafting the National Energy and Climate Plan, on 24 March. Due to the coronavirus crisis and the lockdown in Bulgaria, the event did not take place. However, we are planning an online webinar instead. In addition, we are also writing blog articles on relevant EU and national energy and climate policy issues, and how these can strengthen Bulgaria and Southeast Europe’s emergence from the crisis.

We try to adapt and restructure our work so that we can keep up the dialogue.

Dr. Radostina PrimovaSenior Analyst Center for the Study of Democracy

During the last years the climate topic gained more importance in Bulgaria. Do you reckon that the Corona crisis will completely steer the attention away from this topic or could it even hold a chance to boost climate action?

Radostina: Before the outbreak of the crisis there were already a lot of tensions and public debates on just transition in Bulgaria. These concerned mainly the implementation of the European Green Deal, which was discussed often on national media and on social media. In particular, the issue of the coal phase-out in Bulgaria and its repercussions for the national economy and job security became very relevant.

When the Corona virus outbreak came, the attention shifted away from this debate. All the focus turned to crisis-management of the healthcare issues and the impacts on the economy. Climate-related topics are somehow absent from the debate or national TV now, despite their importance to the crisis response.

The ecological aspects of the crisis need to be factored in as well. Global issues like deforestation, wildlife intervention or the kind of markets with wild animal trade observed in China foster the risks for pandemics.

Bulgaria also needs to reconsider its attention to some damaging major infrastructural projects. As the government is looking for funds to fill in the gaps in its healthcare and social budget, costly and high-risk projects in the energy sector such as the Nuclear Power Plant Belene that could lead to crowding out renewable energy investments and long-term lock in have to finally be shelved.

Is there something that you think the EU or other Member States can do to support climate action so that it is not forgotten during the crisis?

Radostina: We have already seen during the outbreak that many people are coming back to their villages or to the countryside and a lot of us are now seeing the importance of local economies and boosting local sustainable production. This is already part of the climate and the circular economy agenda . So, the European Union with its post-2020 Multiannual Financial Framework and its new Industrial Strategy could contribute to boosting sustainable and resilient economies for its Member States. If released quickly to local small and medium enterprises such funds could help smooth the crisis and improve long-term resilience.

Dr. Radostina PrimavaSenior Analyst, Center for the Study of Democracy

The second thing is the digitalization aspect. We have seen that more and more companies and organisations adapt to work from home and use more digital tools and channels for their work. So, we need to see how we could advance the digitalization of the whole economy, including education and healthcare. We have already seen one positive side-effect in our air-polluted cities. We could definitely use this in favor of the climate in the future. If companies allow more flexibility, their employees don’t have to commute each day from one city to another for example or don’t always have to fly to take part in a conference.

On a larger scale, maybe we could stimulate this kind of positive debate on how to use the crisis as a catalyst in order to restructure and transform our economy to make it more resilient, sustainable and innovation-driven. We need to grasp the momentum and learn how we could boost these kinds of positive narratives and rebuild our economies in a more sustainable way.