As a result of their study-trips in Berlin, the EUKI-YESclima teams from Athens and Cádiz have elaborated the general proposal “Smart Roofs” for cities in Southern Europe.

In our home regions we have to take care to reduce greenhouse gases and also for climate adaptation, in particular during extreme heat periods. Thus, our proposal is to combine the roof-greening of buildings with solar panels moving with the course of the sun, so giving more power during the day. The roofs shall be cultivated with plants, which are resistant against dryness, sowed in a soil mixed with material conserving rainwater, for example by extended clay. At the same time, the green zone on the top insulates the building to a certain extent and cools in hot periods the environment via the evaporation of the plants. 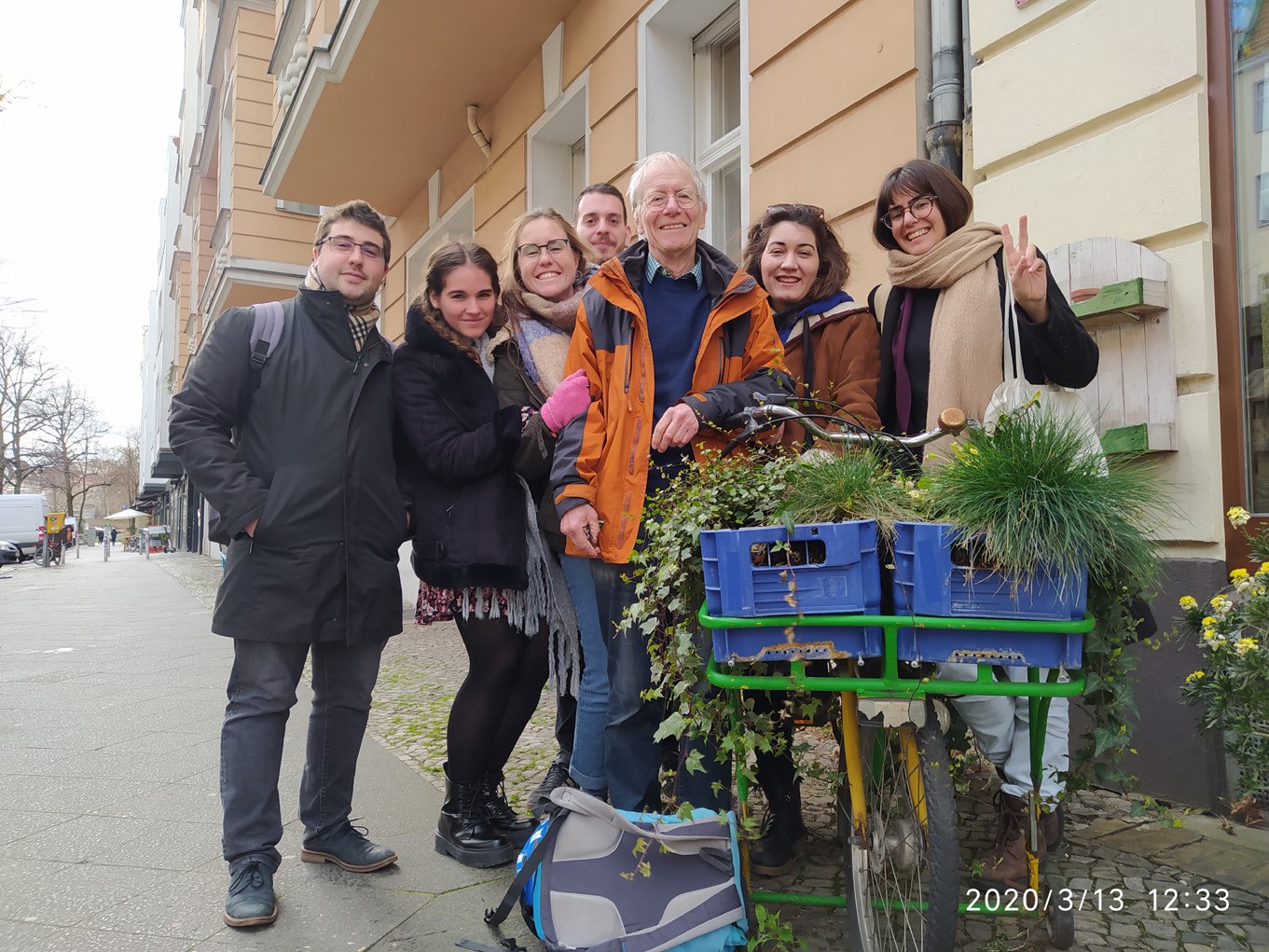 Because of serious periods of water scarcity to be expected in the near future, in the outside of the buildings we recommend “rainwater harvesting”: to collect the rain in artificial lakes of subterranean stores, to irrigate trees and plants in the surrounding and, more sophisticated, also for water flushing in toilets.

We think of combining the green solar roof with an innovative system of cooling buildings, which was elaborated and is at present tested by scientists in the universities of Sevilla and Cádiz. This system, named “CAVE” , seeks to exploit the possibilities of cooling by evaporation and ventilation, combined with a thermal insulation of the roof. This same concept was applied in the energy-audits which are elaborated by the YESclima team of Cádiz for schools in towns of the province. Now we think to propose it for urban buildings in general.

The cities in our home regions offer great opportunities, but have also to cope with dangerous weeks in summertime. The opportunity is the power of sun, giving much better results in generating electricity than in Northern European areas. The danger consists in extreme heat periods causing serious water crisis. Let us combine the fight against the growing climate crisis with our activities for better life quality in our cities.

Will the Coronavirus Slow Down or Speed Up the Low Carbon Energy Transition...