Pupils from participating BEACON schools in Romania, Bulgaria and Germany solidarized withthe  Fridays for Future movement. They supported the initiative by participating in the Global Climate Strike on Friday, 15 March 2019. Youth all over the world are concerned with climate change, pollution and the depletion of natural resources.

Around 1 million demonstrators in 125 countries participated in the Global Climate Strike for Future, with 2,000 protests worldwide. Pupils from participating BEACON schools in Deva, Alba Iulia, Ramnicu Valcea, Buzau, Bucharest, Ploiesti (Romania), Samokov (Bulgaria), and Hannover (Germany) also joined the protest. From making signs to filming discussions and interviews about climate action, the pupils from BEACON schools expressed their concerns about the urgent need to act on climate.

The messages of Fridays for Future resonate with the BEACON project, which seeks to build awareness and capacity of school staff and pupils to take climate action. In the project, pupils in Bulgaria, Romania, and Czech Republic undertake a variety of activities to learn about climate change and how to save energy and to reduce emissions. German schools also have the opportunity to learn via exchange with schools in partner countries. “I think I help [to fight] this threat, especially in this project, because we save a lot of energy and we can teach other people to prevent this,” says a student from Scoala Gimnaziala Ion Agarbiceanu in Alba Iulia, Romania. 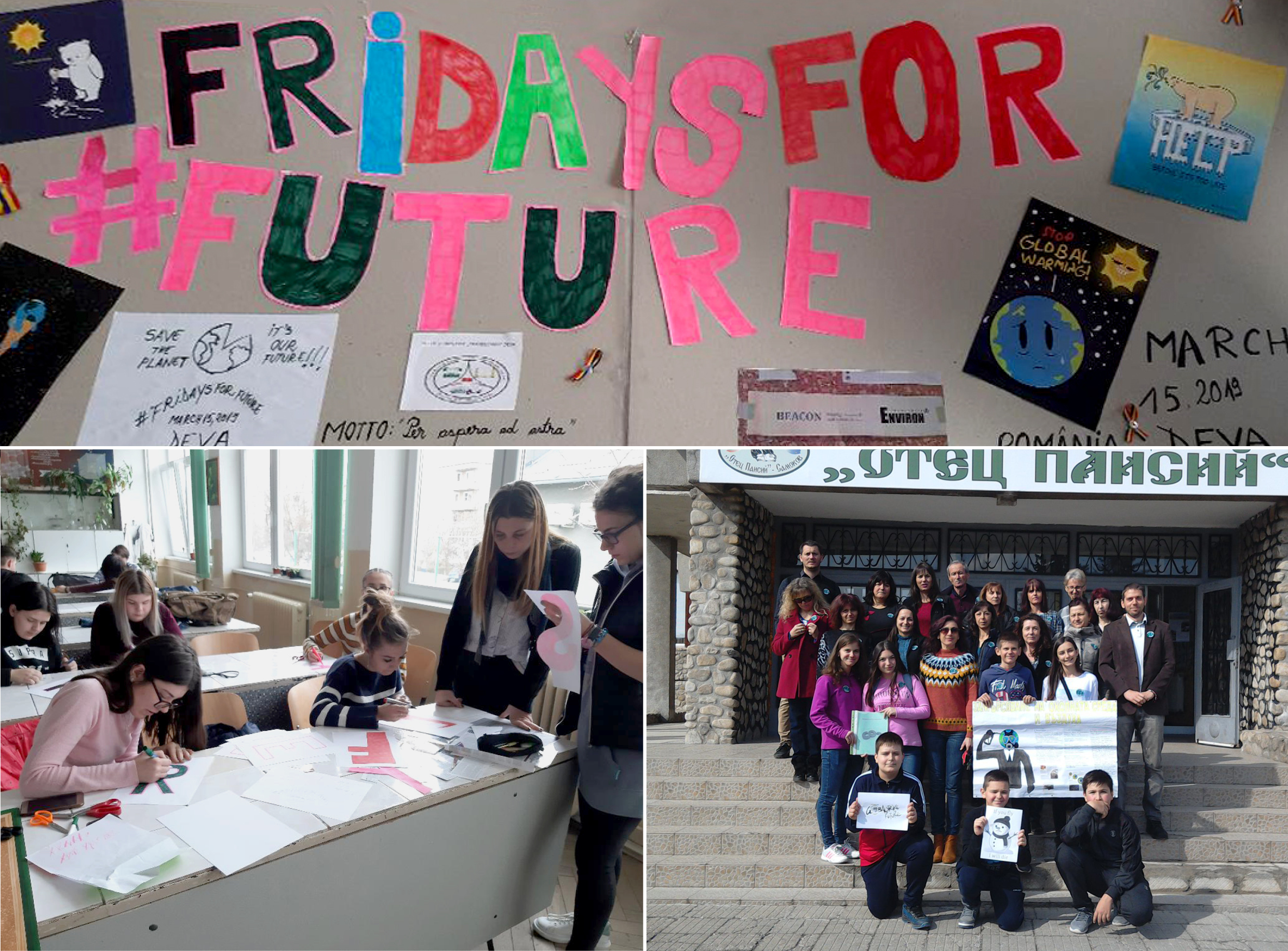 The movement was initiated by then 15-year old Swedish student Greta Thunberg who started to miss school on Fridays to demonstrate for climate action outside of the Swedish parliament in August 2018. Since then children and young people from around the world have joined her in demonstrating on Fridays in front of their local government buildings. The movement is characterised by pupils striking during the school day on Friday in various forms.

The BEACON project of the European Climate Initiative (EUKI) supports a total of 55 educational institutions from Bulgaria, the Czech Republic, Romania and Germany. In addition, climate partnerships of European municipalities are being initiated and successful climate action measures are being identified and analysed.