Interview: How does the corona crisis affect an island on its way to becoming energy-autonomous?

We have talked to Climate activist Vjeran Pirsic from Eko Kvarner about the current crisis, its impacts on his work on the Croatian Island Krk and the potential of the European Green Deal in the light of local and European recovery strategies. The goal of the EUKI Project ‘Krk on the way to becoming a carbon-neutral and energy-autonomous island’ is to reduce greenhouse gas emissions by pushing for an extensive use of solar power. The little island and solar power pioneer aims to become the first energy-autonomous island in the Mediterranean Region. 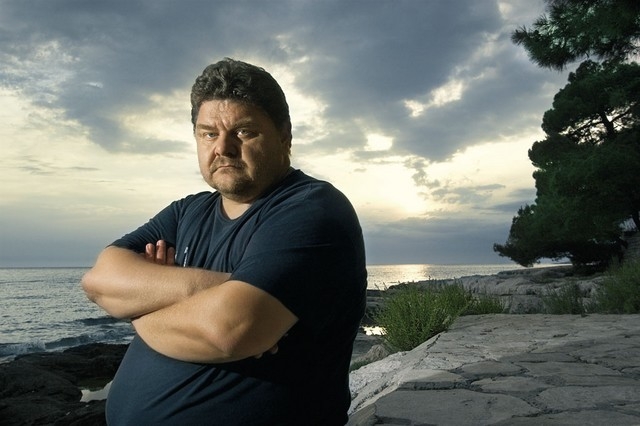 Mr. Pirsic, how does the current crisis affect the progress of your EUKI project?

For our mission to make Krk a carbon-neutral and energy-autonomous island, the corona crisis has negative and positive effects: On the one hand, due to the current and future lack of tourism in the Mediterranean, there will be lower levels of public and private investment going into renewables. On the citizen level, people are afraid of a lower productivity in agriculture and fishing that cannot be tackled successfully on the national political level. As for example our island Krk barely has its own food production, people are afraid of shortages. The consequence, in the best case, could be that people invest more in sustainability and buy photovoltaics – instead of fancy cars.

What kind of measures do you take in order to keep up the cooperation with your partners right now? How can existing networks and exchange formats persist?

The old paradigm in Europe was dedicated to economic growth and according business interests. What we see right now is a paradigm shift led by the young generations in the European Union. Climate policy and topics as renewables become mainstream and the European Green Deal has the potential to keep them on the agenda, which is a huge success and boost for our work on Krk. Building on this development, we try to redesign our co-operations with partners in order to face the imminent crisis and make the new paradigm part of the recovery strategy.

Climate policy and topics as renewables become mainstream and the European Green Deal has the potential to keep them on the agenda, which is a huge success and boost for our work on Krk.

Does the climate topic gain or lose importance in your country at the moment?

On the local level, climate change indeed becomes a more important topic. Additionally to the paradigm shift described before, there is another factor that drives people to think about the topic. In the last years, the weather conditions have led to problems in agriculture. For example, in my region, wine production has suffered from this phenomenon and people start to switch to permaculture and other more progressive ways of agriculture. However, the Croatian national low carbon strategy of eliminating emissions by 70% until 2050 lacks far behind the EU’s net zero target and does not set the right incentives. In my opinion, there is still a lot of work to do on the national political level.

What potential does digitalization hold to foster climate action – not only in crises but in general?

This is a very interesting question! In Croatia, we have a very large administration and public sector and bureaucracy sometimes slows things down. But now, in the last three months, many processes are suddenly functioning way faster than before due to their digitalization. If this could be maintained and adopted for climate action, the potential is very big. I am not 100 percent optimistic though, whether this will be the case. Another side-effect is that people work online and realize that you do not have to travel everywhere, which, of course, also reduces pollution.

In your opinion, is there anything the EU could do to bring the climate topic back on the agenda, even in the light of threatened economies?

The European Green Deal is a good and important framework, but its deployment is a big problem in many cases. In my opinion, the framework is rather designed for countries and societies as Germany or France. In Croatia, it is very difficult to apply due to socio-economic aspects as societal diversity, which is a historical legacy from the socialist period, or the Mediterranean mindset that differs greatly from the protestant ethics that is predominant in other parts of the EU. Consequently, a European Green Deal adjusted to the Croatian business interests and societal needs would be more effective and very helpful to bring the climate topic back onto the Croatian crisis recovery agenda.

The European Green Deal is a good and important framework, but its deployment is a big problem in many cases.

Is there any final point you would like to raise?

Absolutely yes, because next to an adjusted version of the European Green Deal, there is another thing that would help to come back stronger and more sustainable after the crisis: If all levels of politics as well as citizens would get GDP as the main form of measuring ‘growth’ out of their heads, this would be a big help. The reason is simple: If someone on Krk for example becomes an autonomous photovoltaic user, he would drop out of the national energy supply and statistics and contribute less to the Croatian GDP. Even though in this case, the burden on the environment would be mitigated and this person would save a lot of money on the long run, the incentives for such a switch are unfortunately lacking in the current system.

Interview: Online Meetings and a Digital Conference for Energy Efficiency

Climate Projects and the Coronavirus Crisis
Scroll to top