„In nine European countries, education on climate change and energy saving is a national government policy. It is time to do it in Bulgaria.“ These words of Dimiter Zhelev, Sofia University professor in the Faculty of Geography, capture the essence of the BEACON workshop that took place on 27-28 August in Sofia. The workshop brought together school directors, municipalities, university trainers, as well as representatives from the Ministry of Education and the Ministry of Environment and Water to explore the creation of a national programme for climate action and energy efficiency education in Bulgarian schools.

This ‘vertical integration’ workshop was led by BEACON partners NTEF, Guidehouse and UfU, and sought to connect actors from the local level with policy makers in the national ministries. “The goals of such workshops are to serve as a platform to share positive experiences, discuss challenges, and ultimately initiate lasting structural changes,” explained Kristen Brand of Guidehouse, who along UfU and the German Federal Ministry for the Environment, joined the meeting virtually. With the support of a nationally administered programme or initiative, the BEACON team could ultimately scale many of its capacity building and energy saving activities across the country. 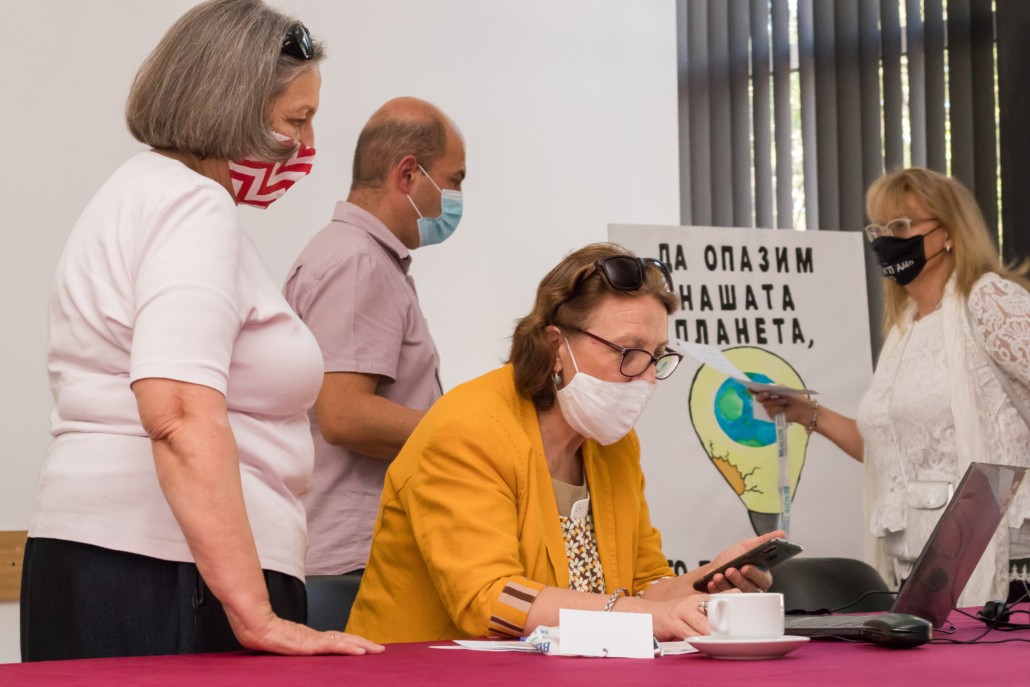 School directors, municipalities, and academic experts met on day 1 of the workshop to jointly discuss and address key questions about the potential design of such an initiative such as the role of kindergartens and municipalities and the qualification of teachers. They consolidated their points and prepared for discussions with the national government. 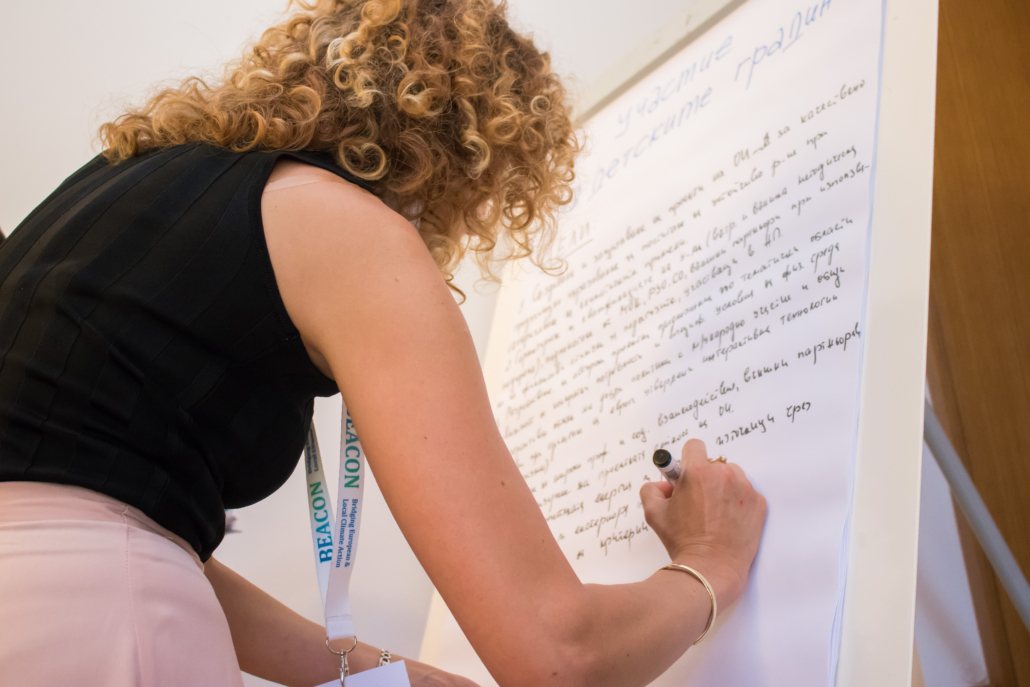 The ideas and priorities of local actors on day 1 were reflected in the discussions the following day. © NTEF, Lubomir Lubenov

These participants were joined on day 2 by representatives of the Ministry of Environment and Water and the Ministry of Education to further discuss these issues. Examples of energy saving initiatives in schools were also presented in addition new statistics compiled by NGO EnEffect on energy consumption (2017-2019) in Bulgarian schools and kindergartens from two EUKI projects, BEACON and TICA. Kamelia Georgieva from NTEF explained that “with only 1% energy savings for one year, we could save enough money to renovate two schools.” This was the first time such statistics was presented in the country. Participants agreed that this information is of great value for the planning and development of such a national initiative going forward. “The reported results on the participation of pupils in the BEACON project and the saved energy, present a good opportunity for collaborative actions on regional and national level to scale the achievements to many other schools and kindergartens across the whole country,” said Ivanka Stoyanova, Chief Expert at the Bulgarian Ministry of Education and Science. 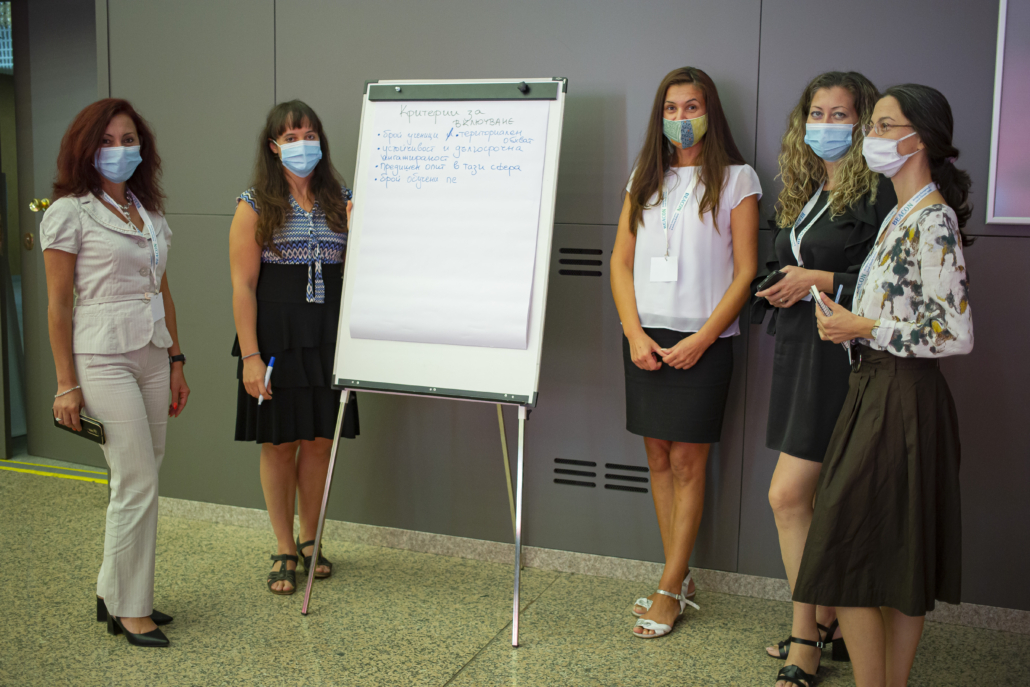 The participants engaged in fruitful discussions about their priorities and why such a national programme or initiative is needed. Following the workshop, a letter to the Ministry of Education will be drafted on the basis of the wishes and priorities expressed in the discussions from the workshop. It will include a justification about why the national government should prioritise this initiative as well as outline proposals for the design of the initiative and the role of NTEF in its implementation.

The important progress made during this workshop will be continued in another BEACON workshop in Bulgaria this fall focussed on the development of an incentive system for energy saving measures in schools. 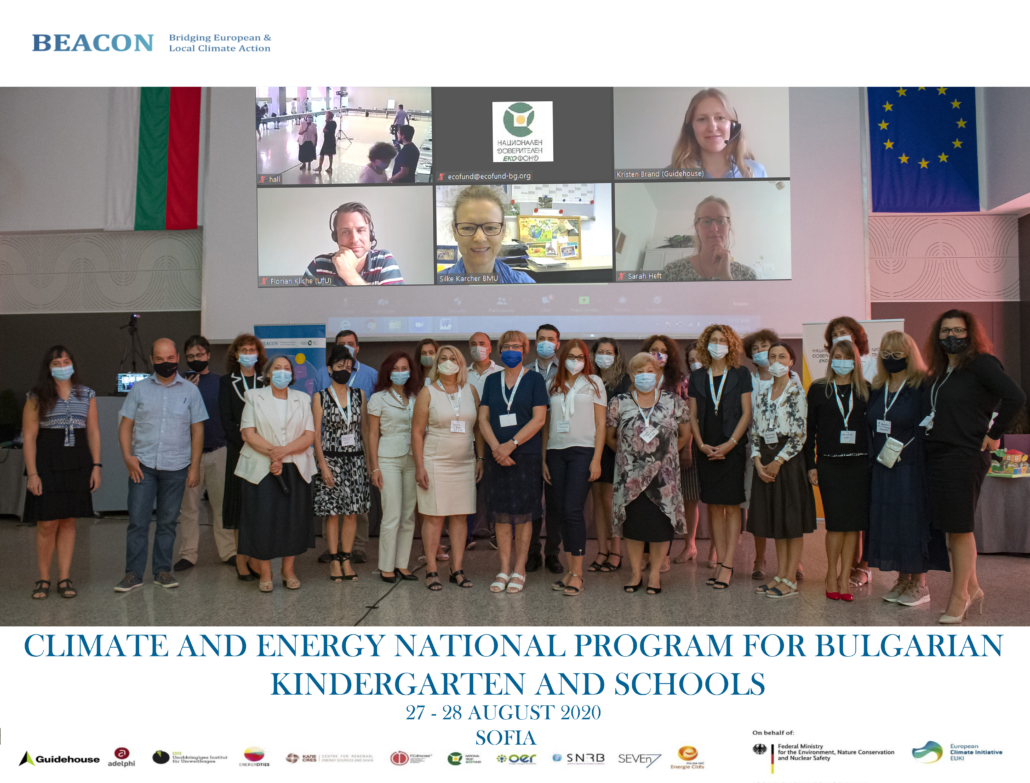 Over 20 school directors, municipalities, university trainers, and representatives from the Ministry of Education and the Ministry of Environment and Water came together for the vertical workshop in Sofia on 27-28 August 2020. Colleagues from BMU, Guidehouse and UfU joined virtually. © NTEF, Lubomir Lubenov

Responsible for the content of this page is Kristen Brand / Guidehouse:

Catalogue of ideas for campaigning for local climate action