Young Energy Europe brought Cretan Energy Scouts together to present their energy efficiency projects and to practically demonstrate how to make businesses climate-friendly. The best projects were chosen by an expert jury.

Seven companies sent their Energy Scouts to the Young Energy Europe award ceremony in Heraklion on September 24, 2019, to compete as best Energy Scouts. Prof. Dr.-Ing. Athanassios Kelemis, Managing Director of the German-Greek Chamber of Commerce and Industry, welcomed the participants at the KEK vocational school of the Cretan Chamber where the workshops for the scouts had taken place.

All scouts presented their projects that were characterized by a great wealth of ideas and by a large number of planned measures. A jury composed of external experts evaluated the projects.

The Energy Scouts of Askofruit, a company producing organic products from pomegranates, won the competition. As part of their project, Energy Scouts Konstantinos Spyridopoulos and Vlassis Dalmaris examined the energy consumption of the company’s transport operations and cooling processes. By using photovoltaics and off-peak electricity, they identified significant saving potentials and estimated a potential reduction of CO2 emissions to less than a third annually (from 69t per year to 21t as soon as the measures are implemented).

Second place went to Energy Scout Nikos Moutsesidis of the brickworks Akek S.A. The company requires a lot of energy for their production processes and especially for brurning bricks. The project intends the installation of a photovoltaic system to produce electricity for the company from solar energy. The system can be used to supply the company or the electricity can be fed into the grid. The CO2 savings potential of the project is 17,500t per year.

Kiara Koutoulakis of Koronekes, an oil mill that produces exclusively organic olive oil, came in third place. In her project she suggested the retrofitting of regular lights to LED lights, the added installation of inverters to the motors in the oil mill and the replacement of disposable plastic cups used for oil tasting.

A number of Scouts from Cretan hotels had also taken part in the workshops, however, they were not able not participate in the award ceremony because the tourist season on Crete is currently in full swing. They will have the opportunity to present their efficiency projects during the Athens award ceremony at the end of the year. 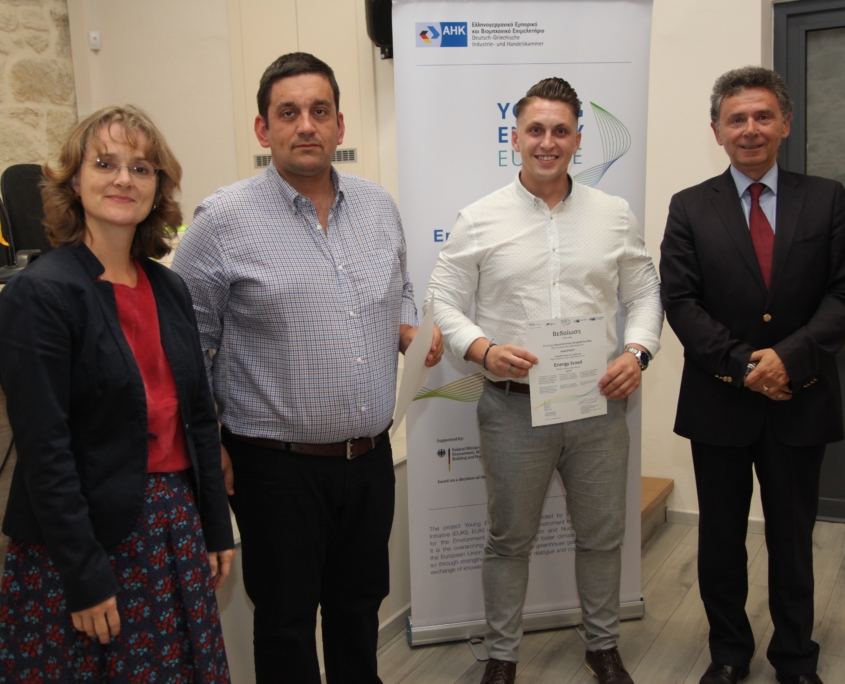 The Energy Scouts of Askofruit, winners of the competition, Janine Hansen of Young Energy Europe, and Athanassios Kelemis of the German-Hellenic Chamber (© Antonios G. Giakoumakis) 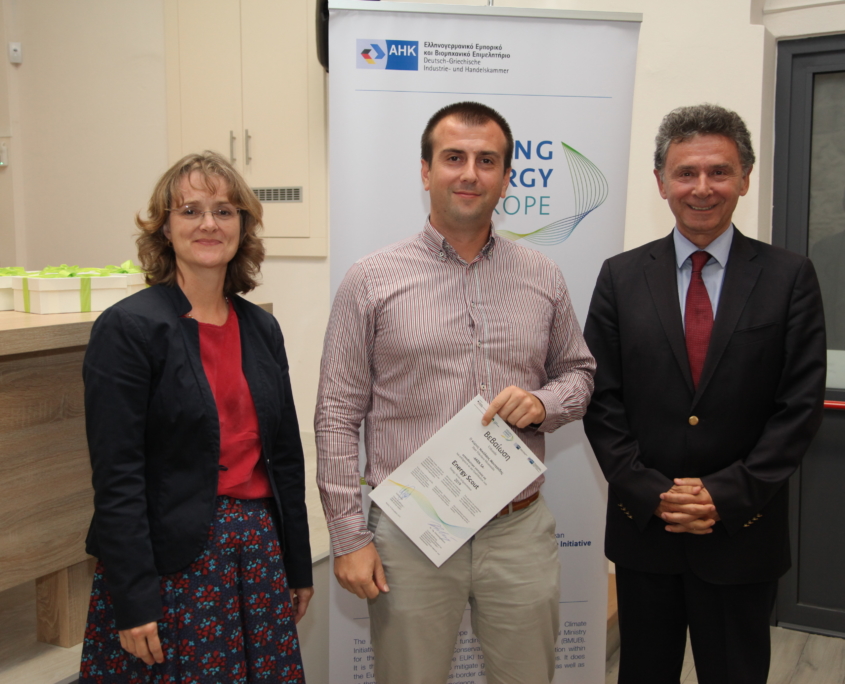 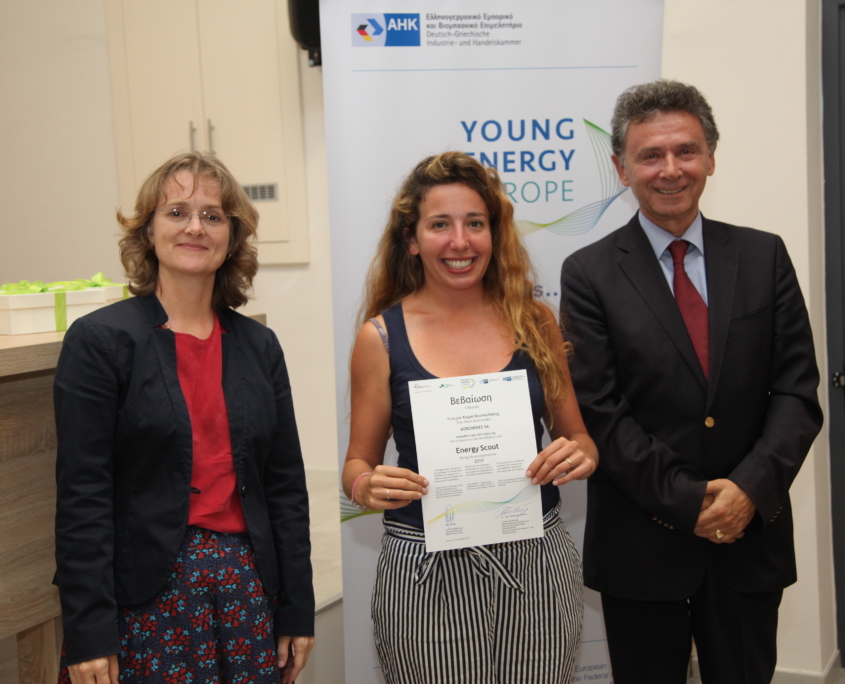 German-Hellenic Chamber of Commerce and Industry

New report: Scenarios for a just transition in Jiu Valley, Romania
By using this website, you consent to its use of cookies. Data privacy statementOK
Scroll to top