Making Climate Visions a Reality in the Alps

The conference ‘Make Climate Visions Become Reality’  held in Innsbruck (Austria) from 7 to 9 November brought together local actors from seven Alpine countries to discuss ideas for joint climate action. Better cooperation and networking should help to tackle the causes and consequences of climate change in the mountains. The conference featured the launch of the Alpine Partnership for Local Climate Action (ALPACA).

The Alpine Partnership for Local Climate Action (ALPACA) was launched during the conference in Innsbruck. Photo: CIPRA

Numerous representatives from Austria, France, Italy, Germany, Slovenia, Switzerland and Liechtenstein came together for the two-day conference in the capital of the Austrian state of Tyrol. The idea behind the conference was the positive impact of local cooperation. Cooperation and networking among existing municipality-oriented cooperation structures and networks in the field of climate protection and energy efficiency in the Alpine countries is an effective way of promoting climate protection at the local level.

During the conference, guest speakers such as Lučka Kajfež Bogataj, Professor of Climatology at the University of Ljubljana, proposed seeking synergies between adaptation to and mitigation of climate impacts, for example, in the field of green infrastructure. 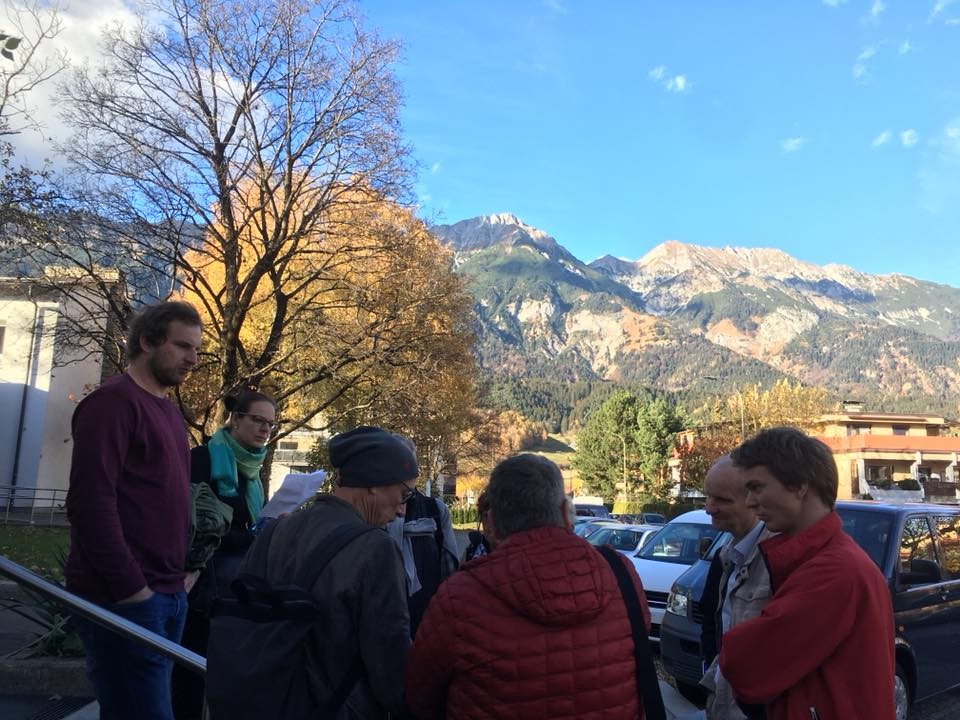 The conference included visits to see good practice examples, such as the Neuarzl school. Photo: CIPRA

The Alpine Partnership for Local Climate Action, which was launched during the conference, aims to support cities, municipalities and local stakeholders in taking concrete action for climate protection. ALPACA was initiated by the Alpine Convention and approved by the Contracting Parties at the 2016 Alpine Conference. The project partners hope that the results of their actions will also be accessible and applicable to other European mountain regions, such as the Carpathians, the Apennines or the Pyrenees.

The conference was organised by the international networks CIPRA International, Alliance in the Alps and Alpine Town of the Year. The event was part of the project Alpine Partnership for Local Climate Action, financed by the European Climate Initiative (EUKI).

Alliance in the Alps