Interview with Nils Meyer-Ohlendorf of the Ecologic Institute

Nils Meyer-Ohlendorf of the Ecologic Institute stated in an interview that in climate action, cooperation was possible with almost all the EU countries. Despite differences, cooperation usually worked well in this strongly-communitised political field. 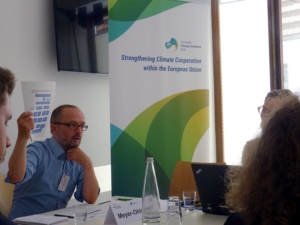 “Climate Policies as a New Trademark of the EU“ was the title of the EUKI project headed by Meyer-Ohlendorf. In talks with stakeholders from Estonia, Bulgaria and Romania, his team approached the question of how climate policy could contribute to the EU reform process. In this context, Meyer-Ohlendorf also spoke to representatives of parties from the left and from the right.

The project targeted making environmental and climate policy a key topic of the EU reform debate. How did you come up with this topic?

It’s probably been about four years since we began to address this topic. It started before Brexit, when the success of the referendum had already become apparent to us. It was clear that it would be a historic moment for the EU if Britain left the EU, and a situation could arise in which the EU would turn its thoughts inward.

The EU is, so to speak, the operating system of environmental policy, and so this moment would also be very important for this policy area. However, we have seen that there is a gap in the debate in this respect, because climate policy is not necessarily a priority for the people working on EU reform. We wanted to bring these two groups, climate policy and EU reform, together.

Then in 2016 the British people voted for Brexit. What did that mean for your work?

The EU is, so to speak, the operating system of environmental policy.

During the EUKI project, was there any special moment or statement that has stuck in your mind?

Yes, there were some moments like that. I especially remember the pragmatism of the Estonians and their refreshing sense of optimism. I believe that Germany can also learn from this attitude. I would also like to underline the very specific and positive discussions we had at the workshop with the Romanians. The media’s perception of the contrast between Eastern Europe and Western Europe is not correct.

I especially remember the pragmatism of the Estonians and their refreshing sense of optimism.

In the paper, you say that the EU should become even more involved in climate policy. Are there any specific proposals on this?

The project was less involved in specific climate policies than on the climate debate and the institutional level. For example, climate policy can change the public perception of the EU. So far, the question has often been reduced to whether we want more or less power for the EU. No one says that they want more Brussels, but everyone wants more cooperation for climate action.

It also became clear that the EU is not an ill-fitting straitjacket, but is adapting to its member states, in the non-national emission trading scheme (ETS) for instance. So the EU is actually quite flexible. 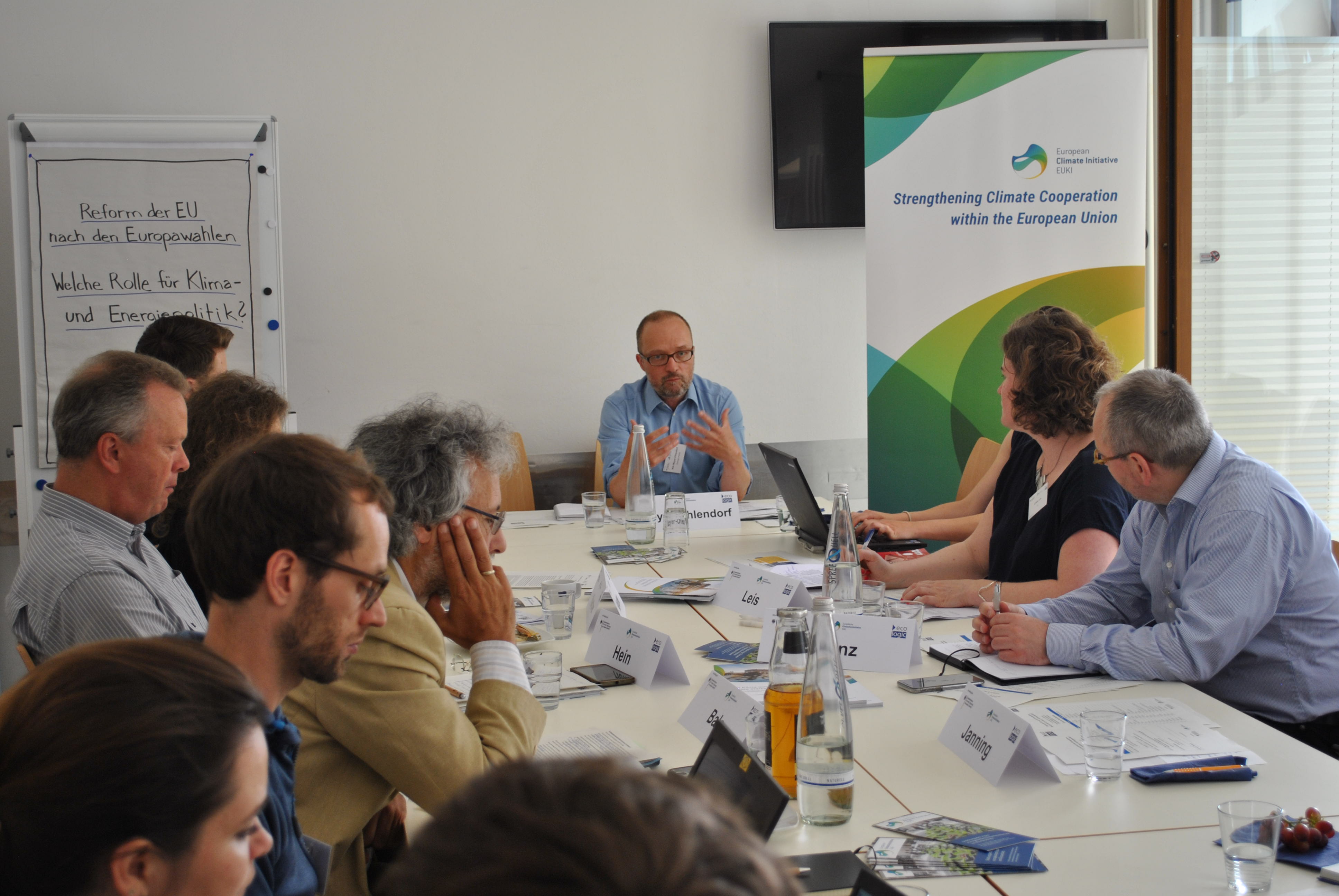 Which role for climate and energy policy in the EU? The Ecologic study gives answers. Photo: Ecologic Institute

What institutional changes are needed to advance climate action?

One important point is that decisions on tax policy, including energy taxation, have so far only been taken unanimously. We need more majority decisions here.
Moreover, strengthening Parliament would not only strengthen democracy, it would also contribute to climate action. The European Parliament usually advocates more ambitious climate action than the Council.

What happens with the results of the project? Where will they be introduced?

First of all, we have written two longer and one shorter papers. They summarise the results of the project with the European Climate Initiative, but also with the Mercator Foundation. We are now introducing these studies into the political process.

The results show that climate policy is a good example of a policy area in which people work together, despite all the differences. Climate policy builds bridges in tension-fraught situations.

One final question: What have you yourself learned from the project?

For a think tank and for good politics, I believe that it’s important to regard ourselves critically and to allow ourselves to be challenged by others. My personal experience is that you can talk to almost anyone in a small circle – but it’s difficult on Twitter or Facebook.

How Can EU Reform Strengthen EU Climate and Energy Policies?

Climate Policies as the New Trade Mark of the EU

(c) Cyprus Employers & Industrialists Federation (OEB) Interview: A Cypriot Pioneer Project
By using this website, you consent to its use of cookies. Data privacy statementOK
Scroll to top