Representatives from local authorities join 90 children to celebrate the launch of the new EUKI project Frutti per la Biosfera, which promotes environmental education, climate protection and food in Sicily.

The Frutti per la Biosfera (Fruit for the Biosphere) project was launched on 31 October with schoolchildren and representatives from various authorities in the small Sicilian town of Maletto. The kick-off event provided an insight into how the project, run by the European Climate Initiative (EUKI), aims to raise awareness of environmental issues among children in Italy’s southernmost region over the coming months. 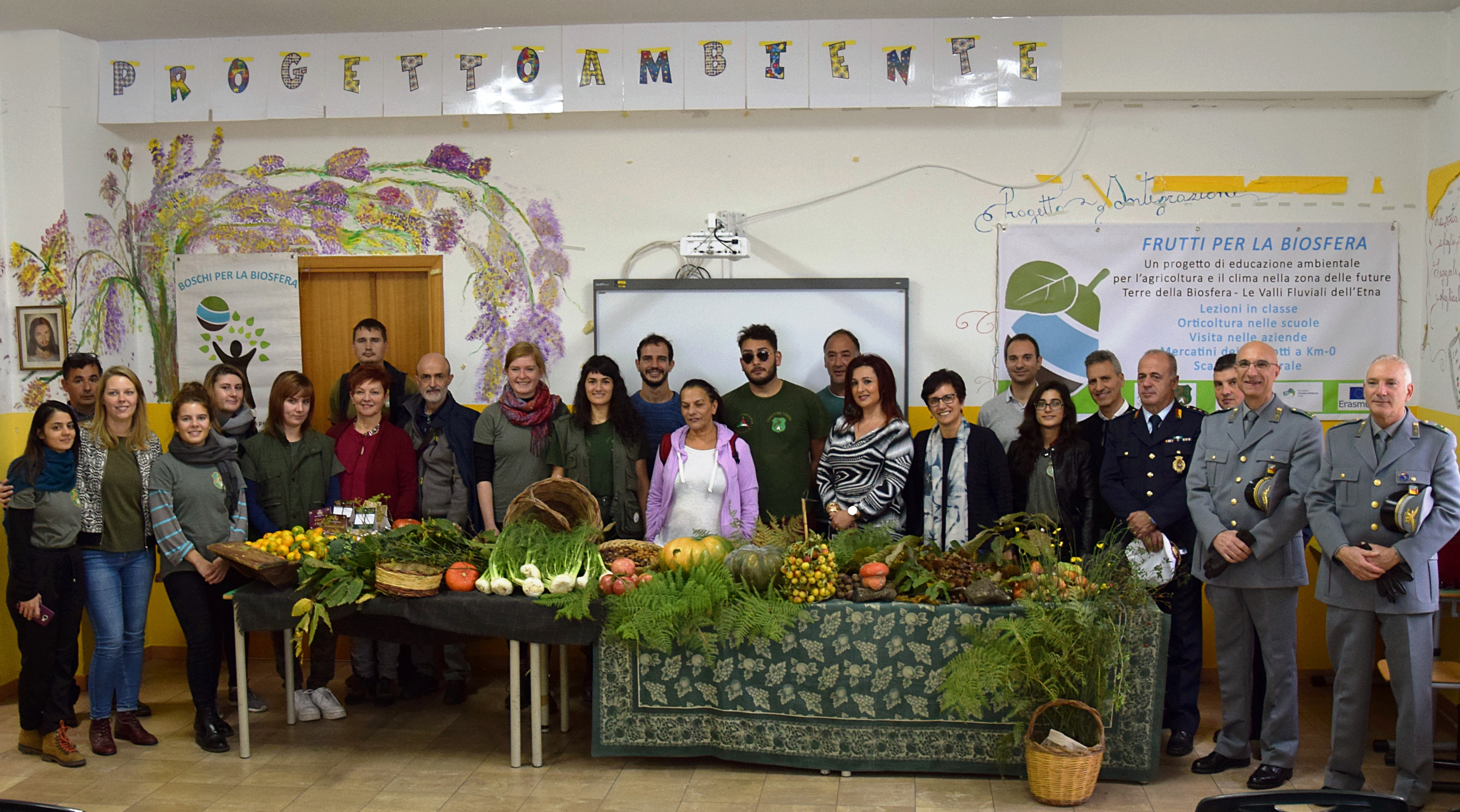 Children, parents and representatives from various authorities met in Maletto for the launch of the EUKI project. ©Giacci Verdi Bronte

The project, which is scheduled to run until April 2019, will teach schoolchildren about food and climate protection, and promote the direct sale of crops in Sicily. It targets around 1,000 children aged between 6 and 10, who take part in activities such as trips to farms and gardening. The activities are designed to help young people understand climate change in the context of agriculture and food consumption and learn how to be sustainable. The project also gets parents involved, for example by inviting them to visit farmers’ markets organised by their children.

The organisers invited a host of representatives from local authorities and 90 children to the project presentation held at Galileo Galilei comprehensive school in Maletto, at the foot of Mount Etna. A fruit and vegetable quiz featuring local crops gave the participants a taste of what they can expect in the months to come. Project Manager Andrea Aidala joined the young visitors in trying to guess the names of the various crops that had been brought along and told them interesting facts.

Local politicians are also lending their support to the project. Town councillors, the forest police commander and a representative from UIA di Bronte (a regional chamber of agriculture) all came to Maletto for the event. They stressed the importance of the project and mentioned the success of predecessor project Boschi per la Biosfera (Forest for the Biosphere).

Frutti per la Biosfera is run by the Italian organisation Giacche Verdi Bronte in cooperation with the Manfred Hermsen Stiftung, based in Germany. A number of volunteers, particularly from Eastern European countries, are also involved in the project and act as multipliers along with the children.

The project is being implemented in the area of the planned biosphere reserve Terre della Biosfera – le Valli fluviali dell’Etna and is part of this programme. The biosphere reserve aims to protect Sicily’s unique natural environment in the future. The Mediterranean island is particularly hard hit by the impacts of climate change, such as desertification and extreme weather events.

News article on the local online portal Bronte 118 (in Italian)