On 9 January, András Lukács from the Clean Air Action Group Hungary and István Bart from the Energiaklub visited the European Climate Initiative (EUKI) Secretariat in Berlin. They reported on Hungary’s current climate policy, developments in recent years, and the steps that must be taken for the future. The event was attended by numerous representatives of organisations belonging to the EUKI community in Berlin. 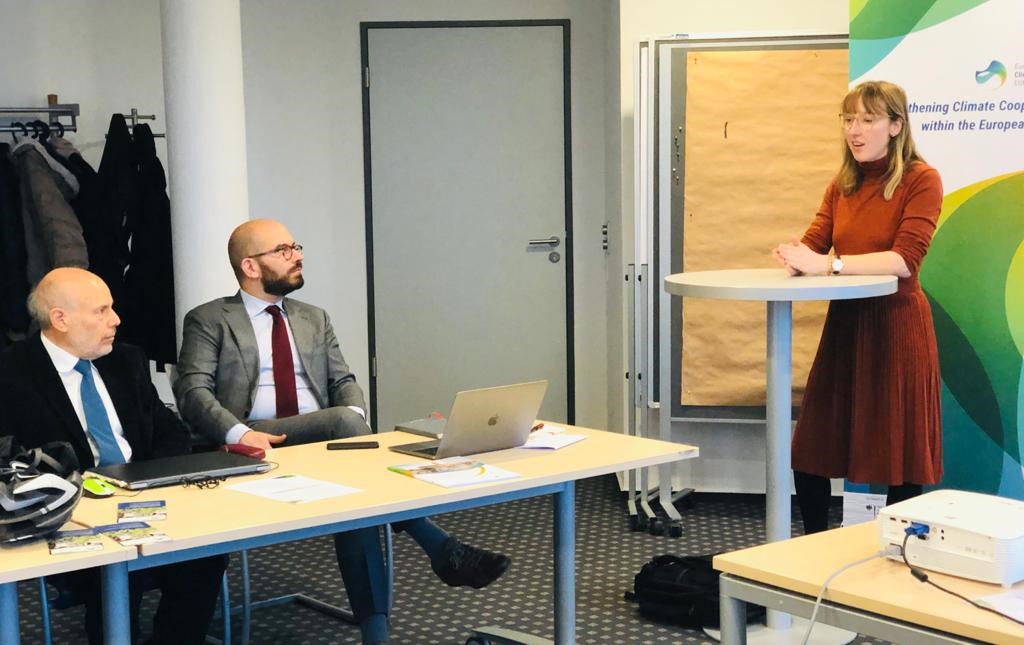 Hungary already has the sixth-lowest greenhouse gas emissions in the EU, pointed out István Bart. Compared to other Central and Eastern European states, the country is also well on the way to achieving its emission reduction targets for 2030. This is partly because of the country’s comparatively low level of industrial manufacturing, and partly because the targets agreed are less ambitious than those set by other states. In his input to the discussion, András Lukács pointed to the environmental damage in Hungary caused by the use of coal as well as gravel and sand extraction. He also highlighted major shortcomings in the renovation of buildings. 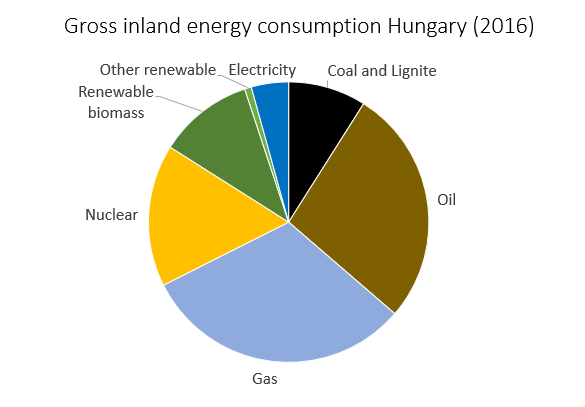 Hungary’s energy mix is dominated by gas and oil. The Mátra lignite-fired power station is not scheduled to be shut down before 2030. Pie chart: István Bart; Eurostat

Like Poland and the Czech Republic, Hungary is critical of the EU’s Green Deal, which aims to make Europe climate neutral by 2050. Nevertheless, even in the most southerly of the Visegrád Group states, the environment and climate are increasingly topics of public debate, as both speakers underscored. Movements like Fridays for Future have attracted significant numbers of supporters over the last few months, and young Hungarians in particular are keenly aware of climate change and the need for climate action, which is increasing pressure on politicians. The speakers were, however, still unsure what line the government would take in future. 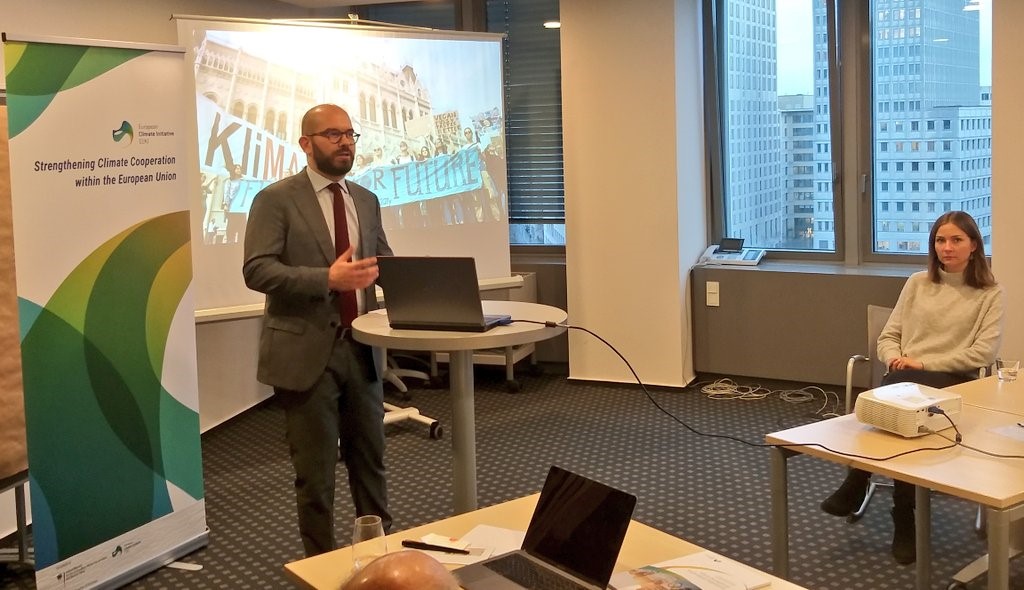 Fridays for Future is attracting supporters in Hungary too. Within a very short space of time, the number of demonstrators has rocketed to over 5,000, reported István Bart. Photo: GIZ/ Samuel Held

In their presentations, they both voiced clear demands vis à vis Germany’s bilateral cooperation with Hungary, including a greater focus on the climate in bilateral relations and more support for NGOs and local authorities working in the field of climate action. Their framework for action is not always easy in Hungary.

The two climate experts work in Hungary on projects funded by EUKI. András Lukács and the Clean Air Action Group are actively involved in the project Multiannual Financial Framework for the Climate. István Bart and the Energiaklub are part of a consortium working on Climate Recon 2050. 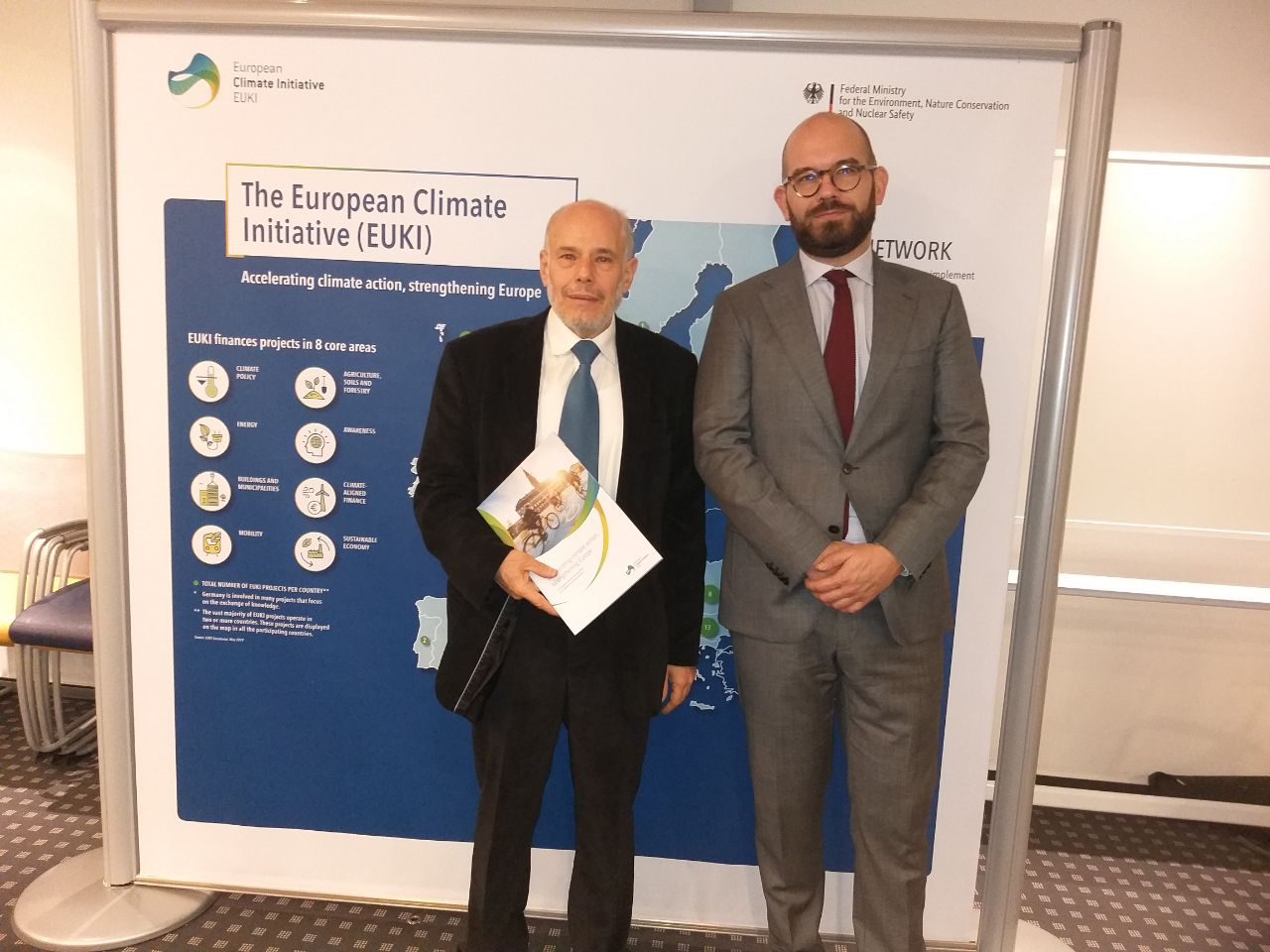 At irregular intervals, EUKI invites partners working in projects to Berlin, to give interested climate activists from the EUKI community an insight into national-level climate policies in individual European states. This helps strengthen networking and dialogue, which is one aim of the BMU initiative. In October, Marcin Ścigan (Forum Energii) and Effie Korma (CRES) reported on renewable energy in Poland and Greece.

A Multiannual Financial Framework (MFF) for the Climate