4. June 2019News reportBuildings and Municipalities, Climate Policy, Other and cross-cuttingEurope

Cities and municipalities make a significant contribution to climate action. 1,000 participants from more than 100 countries discussed how to improve the framework conditions for municipalities and local authorities at the International Conference on Climate Action (ICCA) in Heidelberg on 22 and 23 May 2019. The conference topics included knowledge of financial resources and regulatory conditions. The European Climate Initiative (EUKI) was also represented at the ICCA 2019.

For two days, high-ranking representatives from all over the world exchanged their views on the framework conditions for local climate action: “We have the knowledge and the will to act together and to support each other in the implementation of the Paris Agreement,” said Federal Environment Minister Svenja Schulze. “Cities and regions from all over the world have shown many examples of effective climate action,” emphasised Prof. Dr. Eckart Würzner, the Lord Mayor of Heidelberg. The ICCA made it clear that more ambitious climate action and compliance with the Paris Convention and Agenda 2030 for Sustainable Development are indeed feasible – and that climate-friendly and sustainable cities will play a key role in achieving the climate targets. 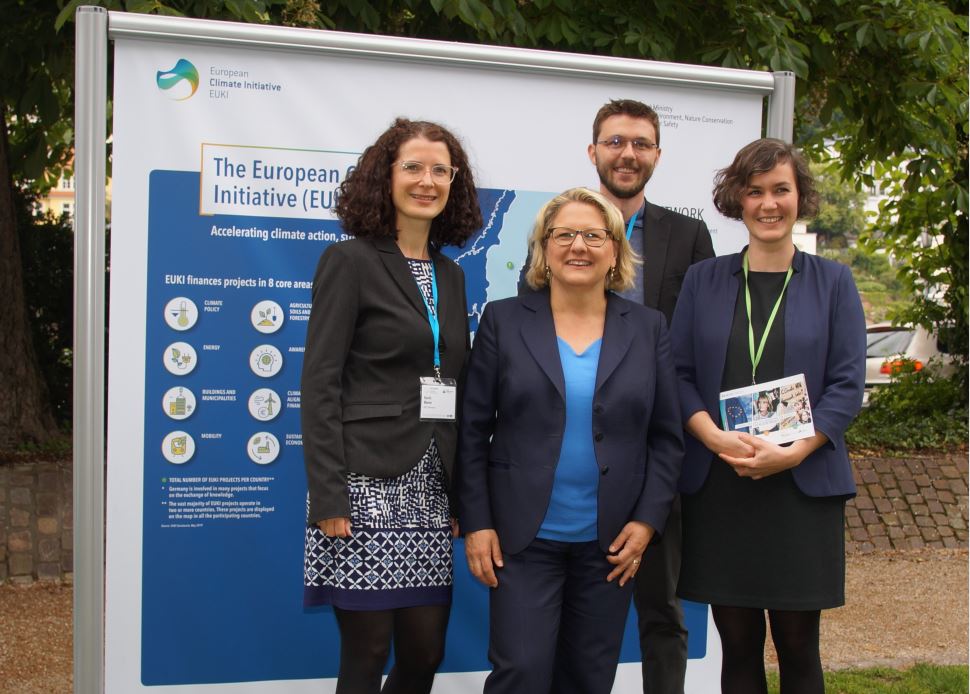 The results from Heidelberg contain practical recommendations for improved cooperation in more ambitious climate action and sustainable development. These recommendations include removing obstacles to the financing of local projects and involving citizens in the implementation of local climate action programmes. Work has also been done on initiatives to enable cities and municipalities to become more ambitious in terms of climate action and to promote their sustainable infrastructure development. 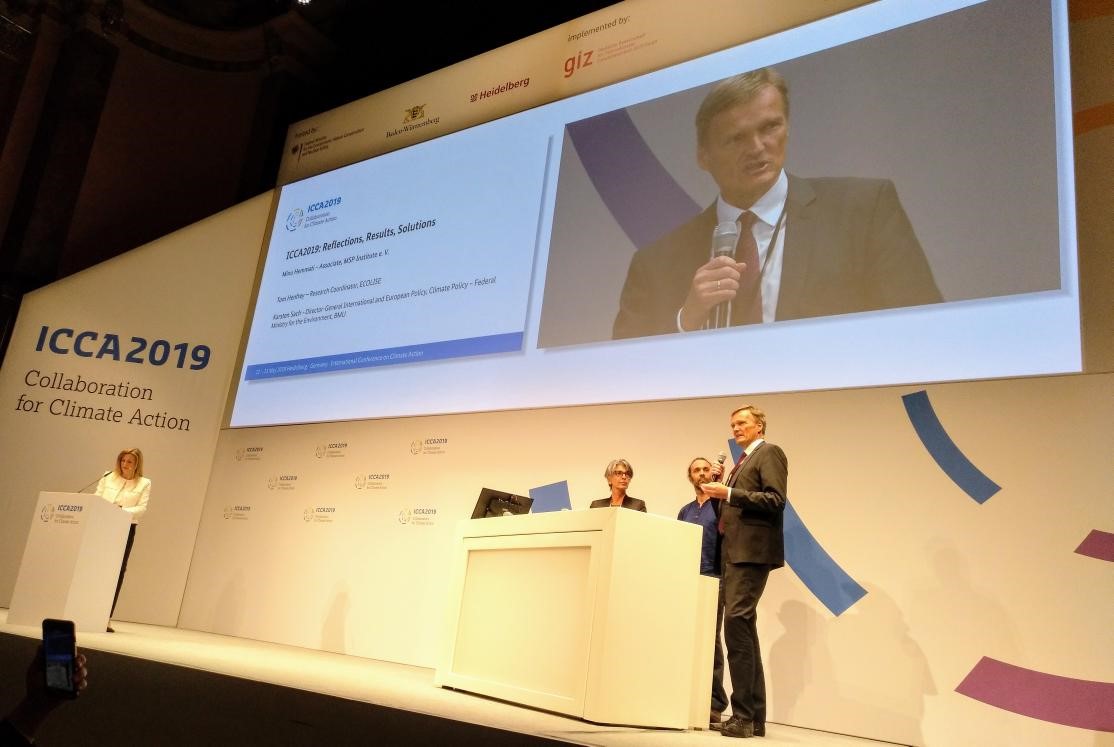 “Cooperation is the key”, said Ministerial Director Karsten Sach at the ICCA and spoke out in favour of strengthening local climate action levels. Photo: GIZ/Karin Beese

Many EUKI projects are aimed at strengthening cities’, municipalities’ and local authorities’ climate action levels in communal energy management, building renovations, solar energy and local climate partnerships in the Alpine region, for instance. Climate partnerships are currently being established among 33 municipalities in seven countries, as part of the Bridging European and Local Climate Action (BEACON) project. This project had already organised a pre-ICCA conference on “Catalysing European Local Climate Action“, where mayors and other local representatives came together to share their experiences, challenges and opportunities. 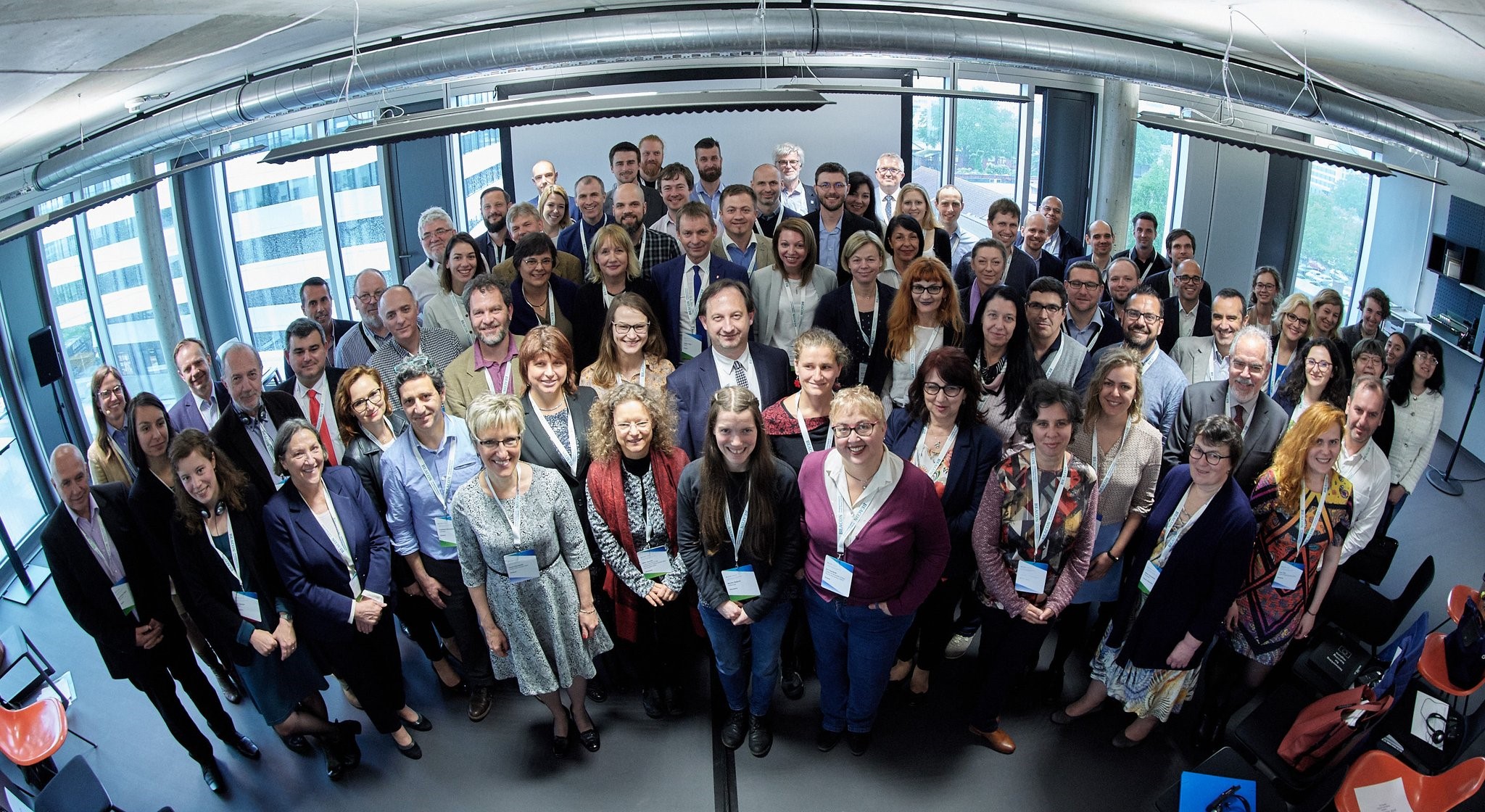 The day before ICCA began, municipal representatives met in Heidelberg as part of the EUKI project BEACON. Photo: adelphi

EUKI was also at the ICCA 2019, based at the Heidelberg Jubilee Square, where booth staff invited participants and passers-by to learn more about climate action. Federal Environment Minister Svenja Schulze and Ministerial Director Karsten Sach visited the EUKI booth, as did numerous climate activists. Many students from Heidelberg also learned more about cross-border climate action in the European Union by taking part in a quiz on the European Climate Initiative. 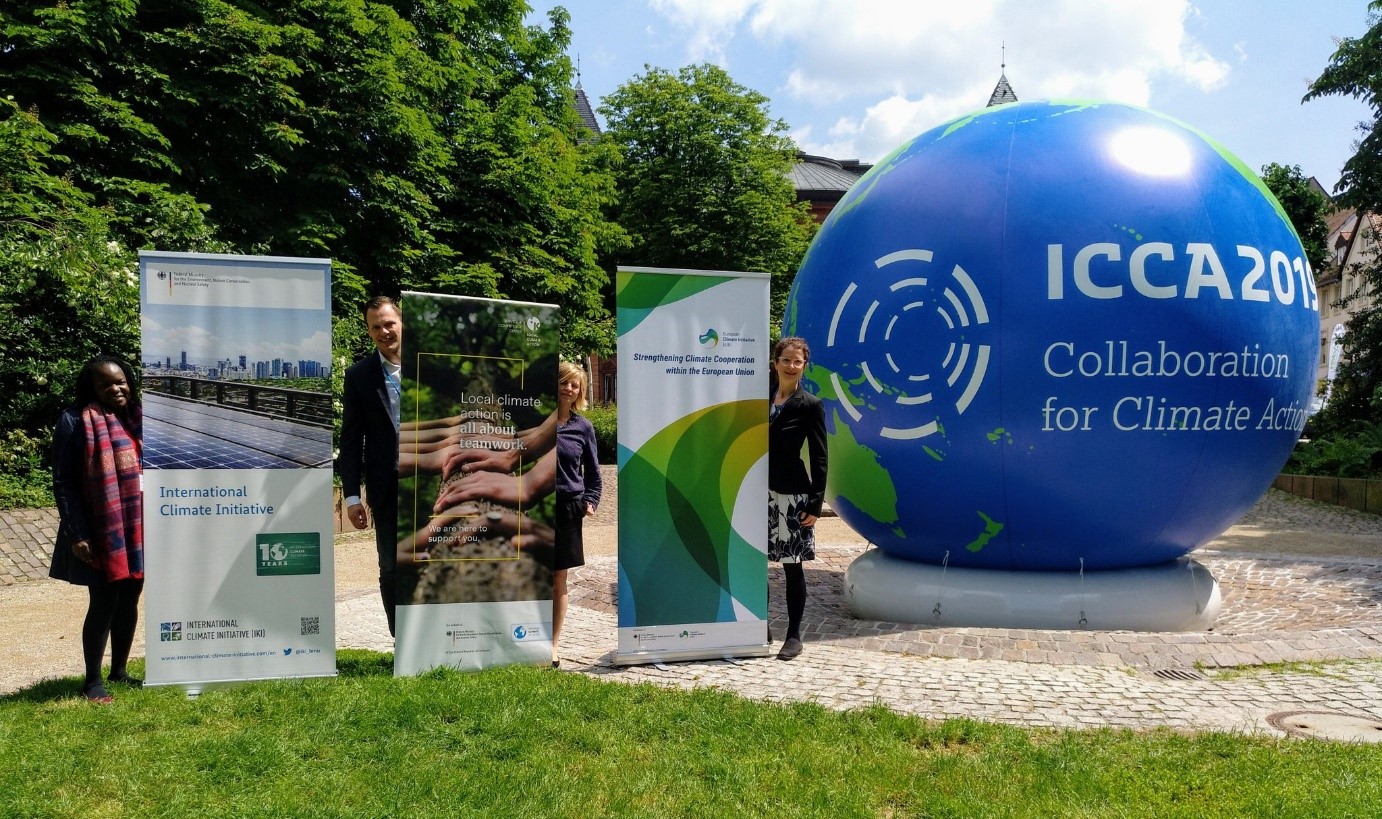 Three initiatives, one target. Besides EUKI, the National and the International Climate Initiative of the Federal Environment Ministry were also present. Photo: GIZ/EUKI

The results of the ICCA2019 will form the basis for the UN Secretary General’s climate summit in September. As Federal Environment Minister Svenja Schulze explained, “I will go to Berlin, New York and Santiago de Chile with a lot of vital information. Now we will implement it together with our co-hosts Heidelberg and Baden-Wuerttemberg, plus many cities, regions and networks from all over the world”.

A new EU Budget for the Climate