The German Federal Environment Ministry is launching the third call for project ideas under the European Climate Initiative (EUKI), running from 1 March to 12 April 2019. In this call, NGOs, think tanks, communities and other not-for-profit entities are invited to submit project ideas aimed at accelerating the implementation of the Paris Agreement in Europe and contributing to intra-European dialogue.
Following a two-step procedure, projects will be selected for financing which contribute to climate action in Europe and to European partnership through cooperation between organisations from different EU member states.

Federal Environment Minister Svenja Schulze commented: “To achieve greenhouse gas neutrality we need many bright minds and strong implementers from every part of society. We launched EUKI based on the conviction that we have to act in concert on behalf of climate action in Europe. The upcoming transformation of our economy and society can only be successful if we follow a European approach, across national borders. This network has been growing over the last two years. Through actual cooperation between municipalities and schools, for example, it is daily proof of how dynamic Europe is and how palpable the commitment for climate action – and what we can achieve together.” 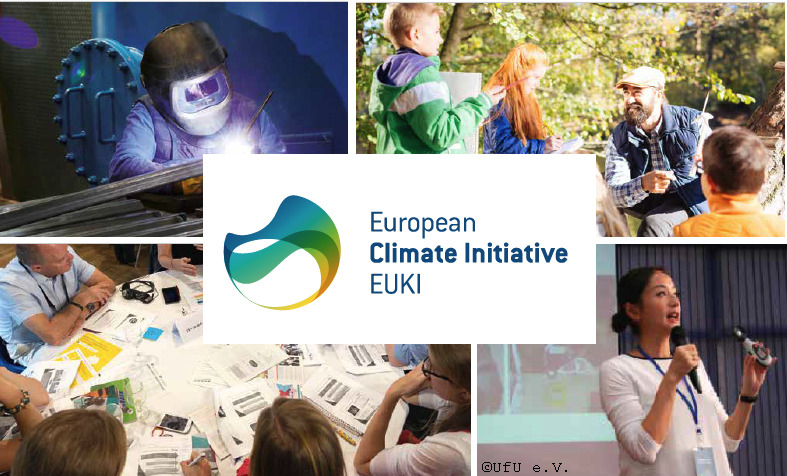 Networking between different European countries is key for EUKI to promote knowledge transfer and good practice exchange. The initiative was launched two years ago and has already initiated over 60 projects involving more than 140 partner organisations. EUKI has financed a broad range of projects, for example the design of a socially just structural change in coal regions or the restoration of peatlands. The target groups of EUKI are governments, local authorities, educational institutions and stakeholders from civil society, the scientific sector and industry, in particular in Central, Eastern and Southern Europe.

Please consult www.euki.de/project-funding for information on project financing within the call for project ideas.