A new EU Budget for the Climate

The European Union (EU) plays a major role in climate action in Europe. During a two-day workshop in Berlin in April 2019, 25 representatives of civil society organisations (CSOs) from all over Europe discussed opportunities to improve the climate impact of the next EU budget.

The EU’s budget, the Multiannual Financial Framework (MFF), is a key policy tool for supporting the EU’s long-term strategic agenda, including climate objectives. It translates strategies and policy priorities into budgetary items and programmes for seven-year periods. The next such period will be 2021-2027, and the related negotiations are in full swing. The European Commission (25%) and the European Parliament (30%) propose to dedicate a significant portion of the next EU budget to climate action.

EU budgets not in line with the Paris Agreement

However, climate spending still has to be increased significantly and needs to be implemented more effectively and efficiently. The workshop participants drew attention to the fact that environmentally harmful subsidies have still not been phased out – despite many pledges to do so. They agreed that the present and planned EU budgets are not in line with the Paris Agreement and that climate and other environmental and social objectives have to be mainstreamed more firmly in all financial flows. Major transformation is necessary in all sectors, including energy, construction, agriculture and transport. 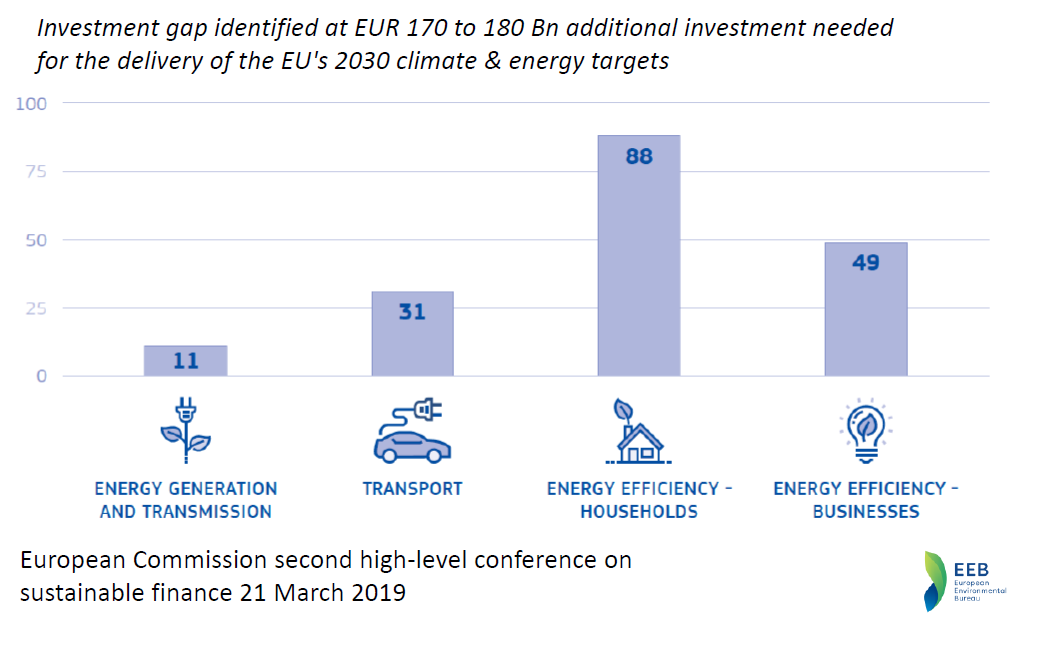 Responsibility lies not only with the EU, of course. In terms of preparations for the 2021-2027 MFF cycle, most Member States have failed to draft the ambitious plans and programmes that would be necessary for delivering on the climate objectives of the Paris Agreement. The participants pointed out that so far, the European Commission has often failed to enforce Member States’ legally binding commitments. They discussed the fact that national policies often contradict the aims of EU funding, which severely undermines the budget’s climate impact. The problems are aggravated by inadequate monitoring and control systems. Funds are reportedly being used inefficiently and, in many cases, corruption and fraud have increased due to the higher influx of money. Many participants reported that their governments are not committed to the climate objectives of the MFF.

To reinforce the climate impact of the MFF framework, workshop participants identified several possible solutions. Stricter conditions for funding, including a clear commitment by Member States to net-zero emission climate objectives and the development of sectoral decarbonisation pathways, better indicators in public procurement and project proposals, as well as stronger monitoring systems, could improve compliance with EU objectives. Mechanisms to support micro-projects and structures that involve the local and regional level could establish more efficient and ambitious use of funds. National best practice guides could help to efficiently distribute and implement projects and build capacity at the regional and local level. 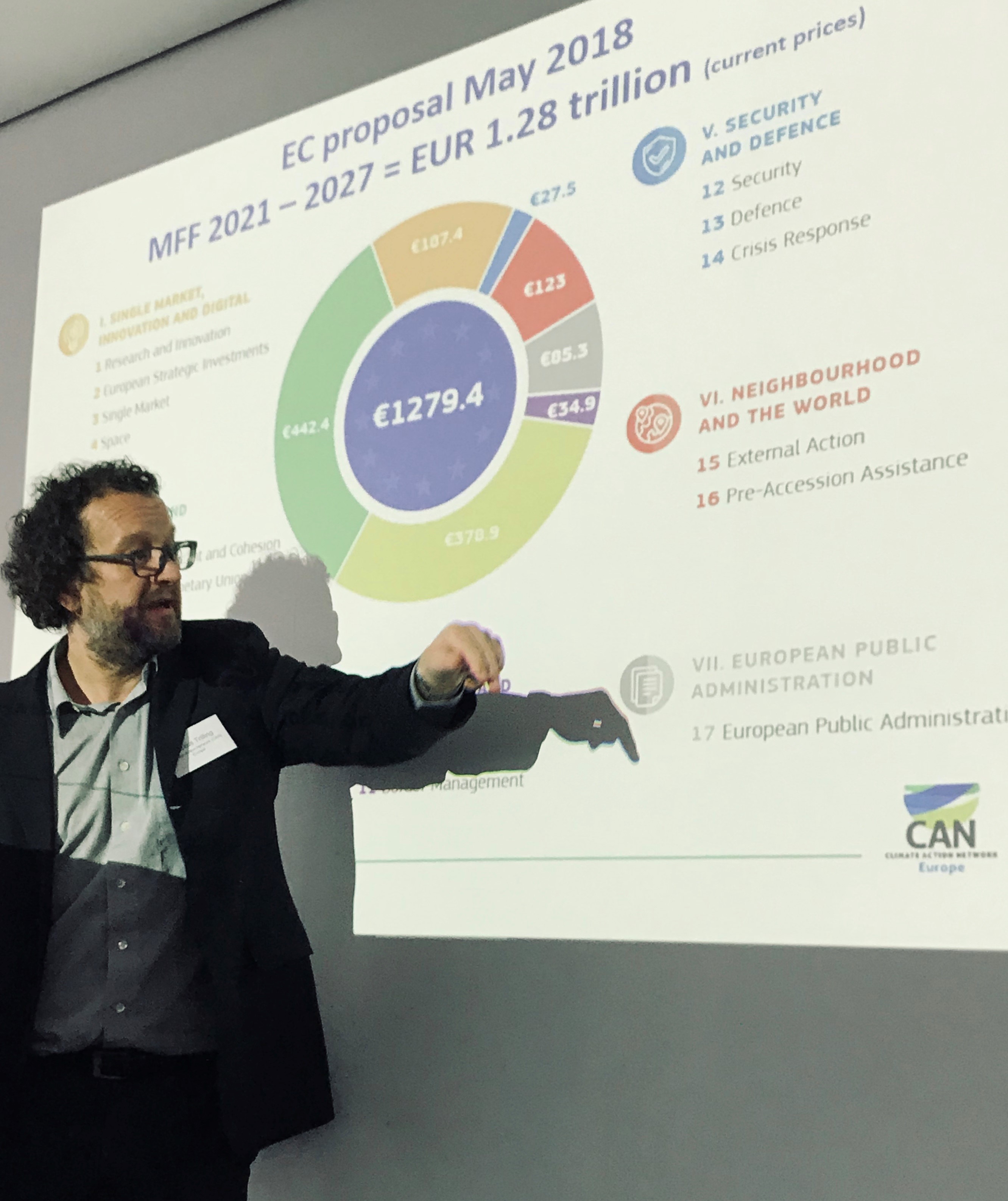 Markus Trilling of CAN-Europe spoke at the conference.

The final focus of the workshop was CSOs’ influence on and collaboration during the so-called programming process for the MFF budget. While the European Commission envisions effective participation of civil society stakeholders throughout the whole process, many representatives from Eastern European CSOs reported serious restrictions and barriers to active involvement as well as a lack of transparency in their countries. Workshop participants concluded that in order to participate more efficiently, CSOs should strengthen their networks and build alliance coalitions across sectors and regions. Acquiring new sources of funding, building up their capacities and raising public awareness are vital.

With the ‘A Multiannual Financial Framework for the Climate’ project, the European Climate Initiative (EUKI) of the German Environment Ministry (BMU) supports green budgets in the European Union. It is one of five current projects within EUKI’s core area on ‘climate-aligned finance’.

A Multiannual Financial Framework (MFF) for the Climate

(c) GIZ/Karin Beese ICCA2019 – Local Potential for Climate Action
By using this website, you consent to its use of cookies. Data privacy statementOK
Scroll to top