Climate Projects and the Coronavirus Crisis

The spread of Covid19 has presented us all with a challenge. The European Climate Initiative (EUKI), a financing programme that focuses on exchange and networking, is also feeling the impacts of the crisis. Many climate projects being implemented by the EUKI community are currently restricted in their work.

We have spoken to project managers from various countries and asked how they are dealing with the situation, how cooperation on European climate action can succeed when people are working from home, and what consequences they expect there to be for future efferts for protecting the climate.

Vjeran Piršić has mixed feelings about the impact of the corona crisis on his work on the Croatian Island Krk. In the best case scenario, he argues, the crisis could be an accelerator in various areas and could speed up the ongoing ‘paradigm shift led by young Europeans’ toward a more environmentally friendly society – also on Krk. The goal of his EUKI Project Krk on the way to becoming a carbon-neutral and energy-autonomous island is to reduce greenhouse gas emissions by pushing for an extensive use of solar power. The little island and solar power pioneer aims to become the first energy-autonomous island in the Mediterranean Region. 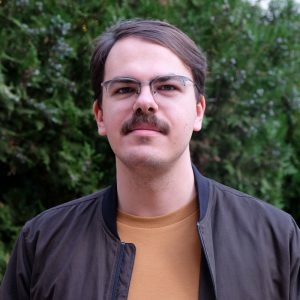 Alexandru Mustață from Romania has a positive outlook and believes that the billions behind the Green Deal could help both people and the planet recover. He thinks that instead of keeping sectors that harm the environment up and running artificially, the EU member states should create new green jobs – and the crisis might even pave the way for that. However, he is worried that economic reconstruction might be used as a pretext for further delays in climate action. He sees the positive aspects of working from home, which is saving a great many flights and moving work into the digital domain. 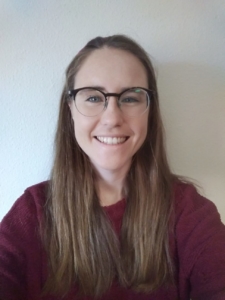 The YESclima project trains students in Spain and Greece to conduct energy audits. One of the participants, Paula García Rodríguez, a student at the University of Cádiz, reports that the Spanish project team can still implement a large number of steps despite the current crisis, as the data from tested buildings were already available. However, the students had to break off a study trip to Berlin in March. Project manager Francisco José Sánchez de la Flor sees the work his project does as having added value in the current situation. The interest in potential savings on electricity costs might even increase in a difficult economic situation.

Dr Radostina Primova from the Bulgarian Center for the Study of Democracy (CSD) emphasises that the coronavirus crisis is inextricably linked to environmental factors that need to be discussed at European level. She views working from home and developing digital working structures very positively and hopes that the crisis will prompt a positive debate on restructuring work and the economy. She believes that the crisis thus has the potential to advance climate action and to boost the local economy in the EU Member States. 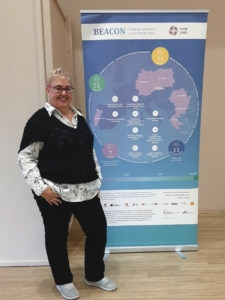 The BEACON project promotes exchange and helps raise awareness in schools and communities across Europe. Evi Tzanakaki from the Center for Renewable Energy Sources & Saving (CRES) reports from Greece that the many networking meetings have been put on hold for the moment. Where possible, the organisation is continuing to work online. She emphasises the importance of financing and support programmes for future climate action.

Joanna Maćkowiak-Pandera from Forum Energii in Poland wrote about the general consequences of the crisis for climate action. She expects that the pressure to take action will decrease for a while, but that it will not disappear. In her opinion, the coronavirus crisis shows the link between the global economy and the global environment much too clearly. The pressure on the energy sector will increase during the crisis, which will benefit consumers and might increase people’s interest in the energy transition.

Leea Mihaila of the Romanian Network of Energy Cities (OER), speaks about the measures they take to reinforce their networks despite social distancing and to tailor their support to the specific needs of the municipalities they work with. In her report she puts an emphasis on the crucial role and value of community and exchange activities for climate action and claims that the crisis also holds the potential to bring about bold decisions for a better future if we reconsider our priorities and assets.

Young employees can now train to be Energy Scouts in webseminars too. The Young Energy Europe project and Project Manager Dr Krassimira Dimitrova carried out a successful test run in Bulgaria. Dr Dimitrova explained that good hardware and software were the key to successful online training and that professional discussions between a group of ten people could be held using digital tools too. However, she added that this did not allow informal exchange in the breaks, which made it difficult to set up long-term networks. 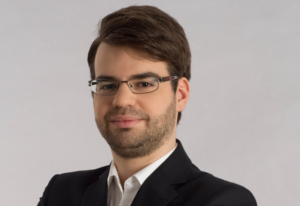 Despite the crisis the climate topic is still on the political agenda, reports Aleksander Śniegocki of WiseEuropa in Warsaw (Read WiseEuropa’s latest publication here). He highlights that through webbased communication tools the climate dialogue becomes more participative and eco-friendlier. Aleksander sees a crucial point for climate conservation in avoiding new carbon-intensive investments in any future recovery package.

Katalin Herner of the KÖVET Association, Hungary, explains why and when the ALLIES consortium decided to cancel the project’s final conference on Krk and to transform it into an online conference. She gives some clues on what to expect of the coming online format, shares advice on the process of planning this kind of conference and stresses that the current pandemic once more reveals society’s unsustainable way of living.

Interview: How does the corona crisis affect an island on its way to becoming...