The EUKI project “SOL” advocated an increased use of solar energy in multi-family houses in Lithuania. In April, the project ended with a final conference in the Lithuanian parliament, the Seimas. The project partners also presented the final study of the project, which sees great potential for solar energy in the country. Besides parliamentarians, representatives of government and other public institutions, energy supply companies, administrators of the multi-family houses, the event was attended by the Lithuanian Minister of the Environment and the Lithuanian Minister of Energy. The conference was organised jointly with the EU project “Heroes – Connecting Communities“.

The study, which was presented by the project partners in Vilnius, shows the economic efficiency of photovoltaic systems on multi-family houses in Lithuania. To date, comparatively few solar modules have been installed on Lithuanian houses. The authors of the study attribute this primarily to a poor knowledge base and fears of economic risks. In addition, there is a lack of legal framework conditions for a stronger expansion. In the case of multi-family houses, the purchasing power of the residents is often low and energy poverty is also a serious problem. Many low-income earners avoid the risk of an investment with an uncertain return.

At the conference in Vilnius, government and parliament representatives welcomed the project’s initiative. They highlighted the added value of the report, which provides concrete data and figures on the potential of solar energy. The findings could help to take greater account of solar energy for private consumption in the long-term prioritised energy modernisation of residential buildings in Lithuania and to provide appropriate subsidies. Both the Lithuanian Environment Minister, Kęstutis Mažeika, and the Lithuanian Energy Minister, Žygimantas Vaičiūnas, emphasised the need to overcome old standards in the energy sector and to move rapidly towards EU requirements and open-technology trends in sustainable energy production and supply. 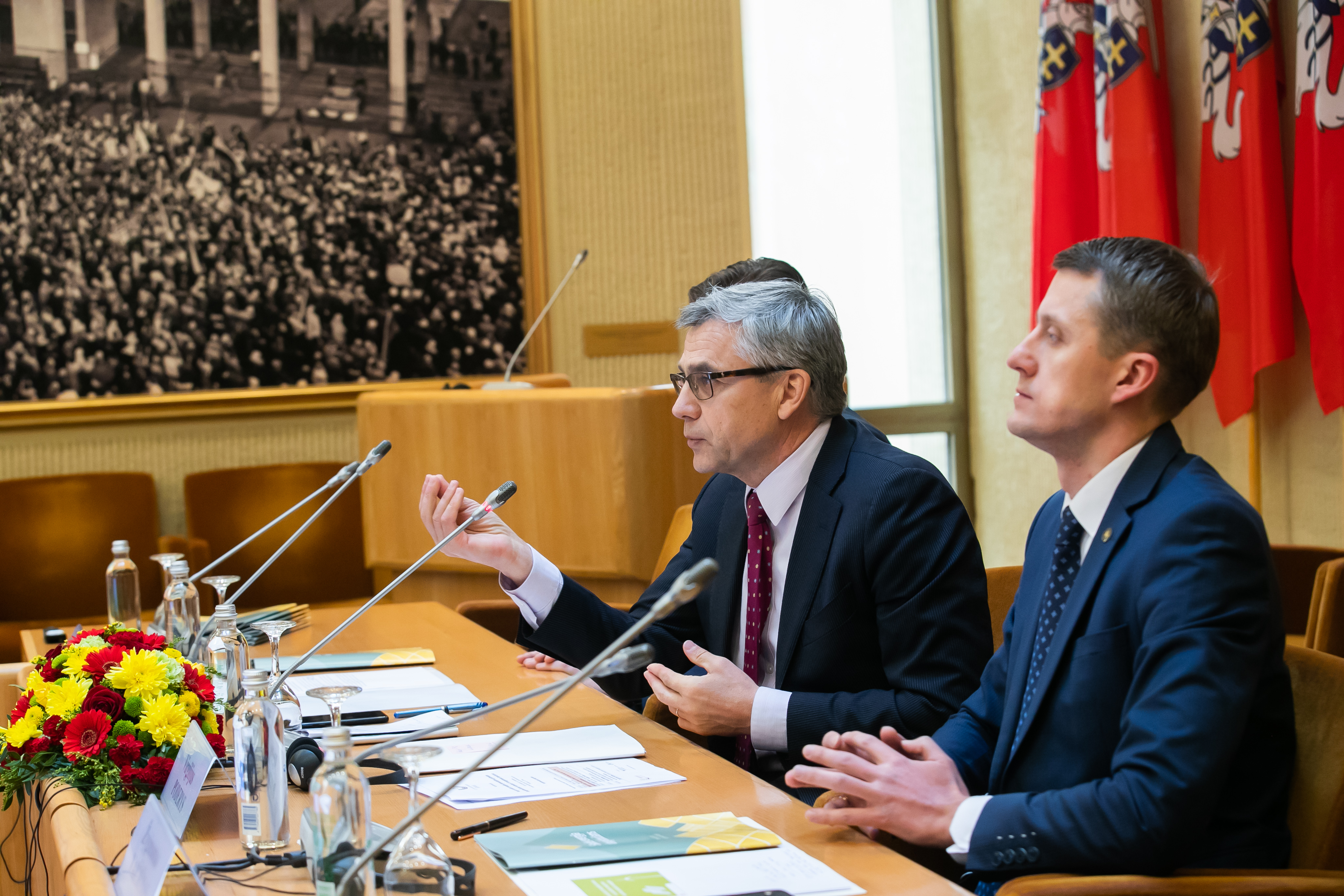 The discourse on renewable energies in Lithuania had already gained considerable momentum during the term of the EUKI project. For example, renewable energies have been included in the national recovery plan, which makes further subsidies possible. The project partners also want to work towards further improvements after completion of the EUKI project “SOL”. At the same time, a further project of the implementing agency Initiative Wohnungswirtschaft Osteuropa (IWO) for the further training of neighbourhood rehabilitation managers in Lithuania is underway, which will contribute to the dissemination of the results. 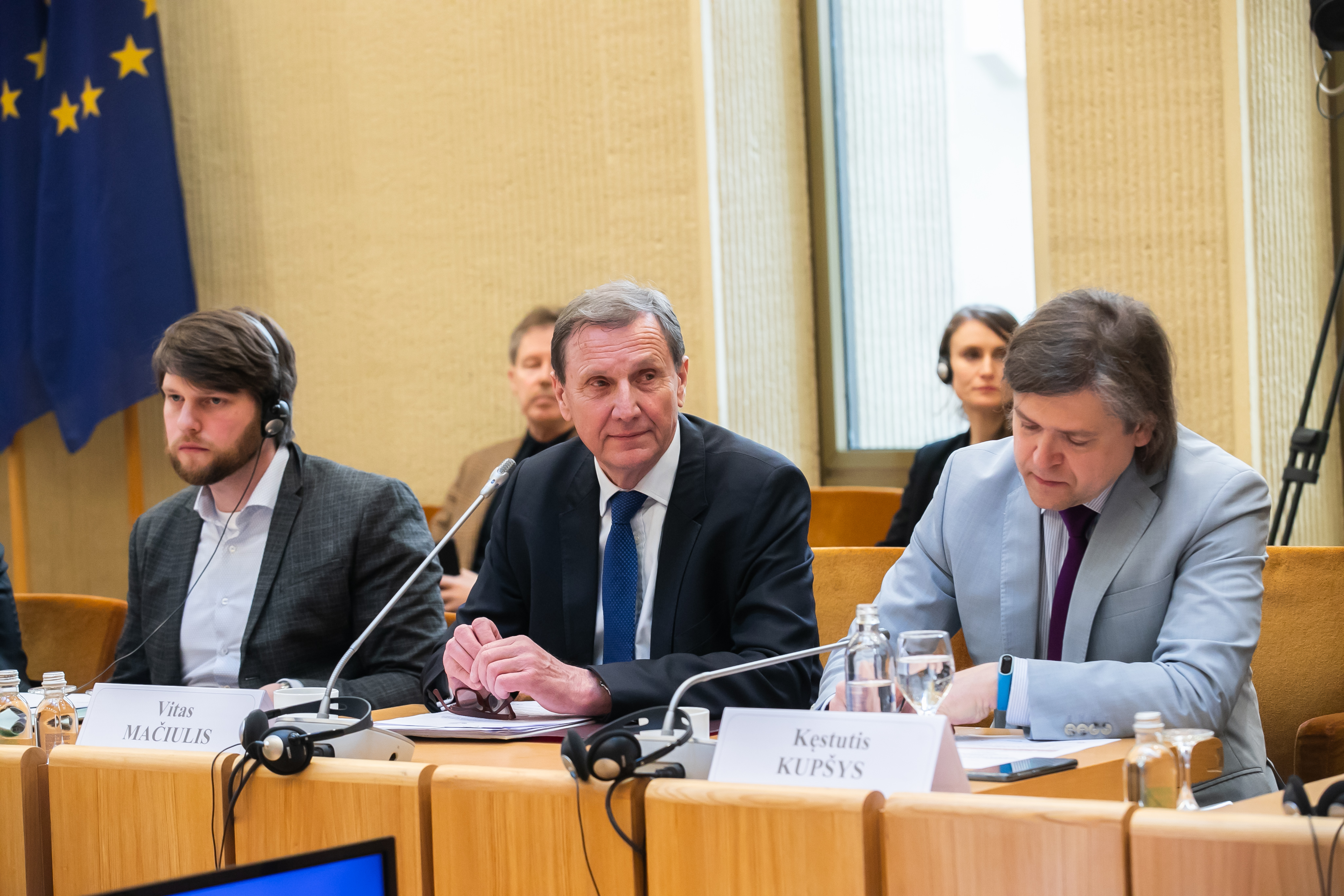 Kestutis Kupšys represents the consumer organisation LVOA, which is one of the project’s partners. Office of Lithuanian Parliament (aut. Džoja Gunda Barysaite)

The project “SOL – Solar Energy for Multi-Family Houses in Lithuania” involved the Initiative Wohnungswirtschaft Osteuropa, the consumer organisation LVOA, the Steinbeis Innovationszentrum energie+ and the Protech research institute. The project was financed by the European Climate Initiative (EUKI) of the Federal Environment Ministry (BMU). Within the framework of the EUKI, there are also numerous other projects and publications in the field of building refurbishment.

BUE / Justus Quanz A Journey across the Green Roofs of Hamburg
By using this website, you consent to its use of cookies. Data privacy statementOK
Scroll to top