On 31 August, EUKI project TANDEM launched its call for ideas for the Franco-German Energy Transition Week 2021. Implementing organization Energy Cities invites associations and non-governmental organisations, but also schools, local energy agencies and local authorities in Germany and France to submit their ideas and actions for cross-border climate action until 18 October 2020. About 20 activities will receive funding of up to €4,000 in the framework of the TANDEM project and will be able to implement their ideas and actions during the Energy Transition Weeks from 18 to 31 January 2021.

The proposed action should include the topics of climate and energy, take place in Germany or France and should be aimed at a broad public. The 2019 version of the Energy Transition Week has shown that there are virtually no limits to creativity: The cities of Metz and Worms, for example, developed an “Escape Game”, with guests travelling from the future into the year 2019 to tackle the climate crisis. The city tandem of Epernay and Ettlingen presented an energy advice bus that travelled around the two municipalities to advise citizens on ways to renovate their homes in order to make them more energy efficient. 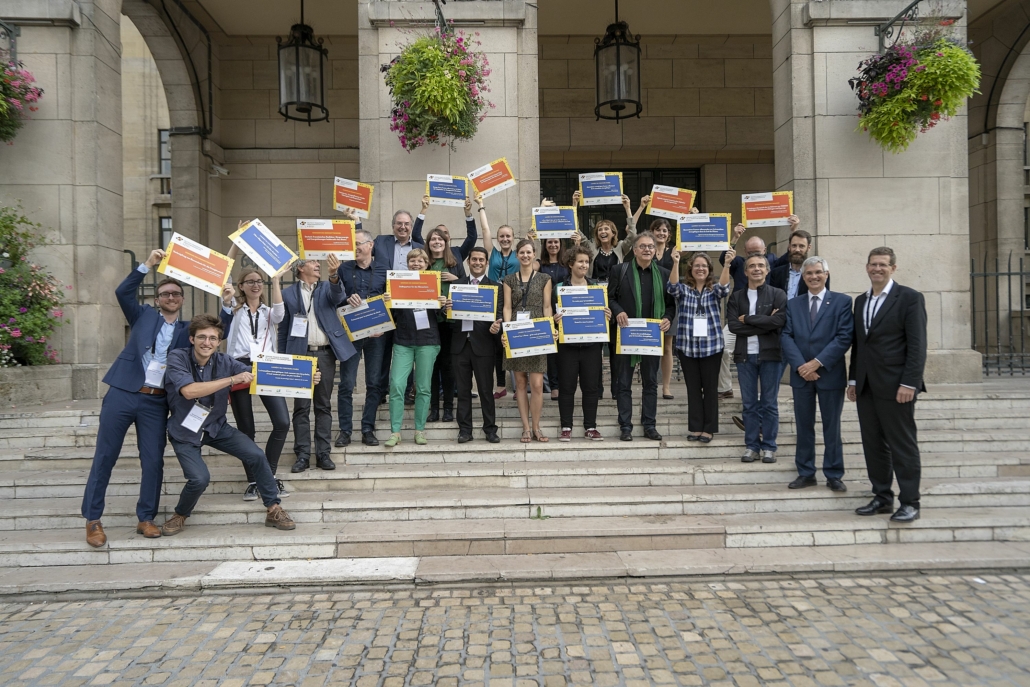 “What’s new in 2021 is that we will also be addressing private individuals, institutions, as well as private companies and encoure them to take part in the Energy Transition Week. We promote their actions, but they cannot take part in the ideas competition,” says TANDEM project manager Peter Schilken.
According to the EUKI project, the Corona crisis so far has had little influence on the preparations, yet it hovers over the Franco-German Energy Transition Week like a sword of Damocles : “We are surely wondering whether the municipalities and initiatives are prepared to plan actions for the end of January 2021 that are aimed at the public, go beyond their other efforts and certainly require a separate hygiene concept. For us there is no Plan B, we will not cancel the Energy Transition Week and postpone it for a year; hence, we are relying on the creativity of the applicants,” says Schilken.
More information and conditions of participation are available on the TANDEM website (only in German and French).

Scholarships on climate and energy issues for journalists: Make three from ...

(c) pixabay.com Federal Environment Minister Svenja Schulze honours the best Energy Scouts of...
By using this website, you consent to its use of cookies. Data privacy statementOK
Scroll to top